I'm playing in the Scotch Doubles tourney of the BCAPL Texas State 9-Ball Championships this week here in Temple, Texas.

I am playing with a league-mate, Marty Jones.  He was always at the top of the league but this year he sits in the #1 spot for the first time (and there are close to 200 people in this league).  I played him in a little 8-ball tourney a while back and came to appreciate his game even more.  So I asked him if he would like to play with me and he said, yes.

Since I am in a rut, it made for an interesting day yesterday, tho!

It reminded me of a tennis game I played once against a friend of mine when I was in my late 20s.

She had played tennis in high school, I had not.  But we wanted some exercise so we decided tennis was the way to go and it would be fun too.

Since I hadn't ever really played tennis, but it looked simply enough to bat the ball over the short fence (net), I was all for it.

I would just hit the ball over the net.  I had no accuracy, no control, and my only goal was to get it over the net.

What did this mean?

It turns out my girlfriend got a lot more exercise in than I did! 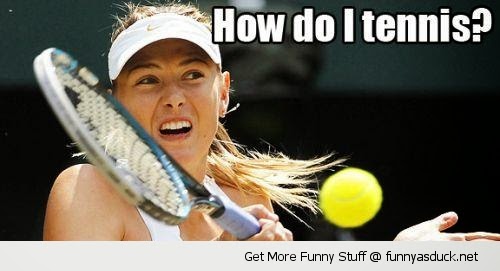 I meant that she was running back and forth the whole time!

She was busting ass trying to hit my wild balls....while she was aiming the ball right towards me the whole time.  I recall kinda just standing there, easily hitting the ball over the net.  I hardly had to move around or run.  But her!  She was running left and right and back again and up and down and left and right trying to retrieve my balls!

We never played again, lol, but that one time.

This is how I felt yesterday in my scotch doubles matches.  My partner was getting me perfect shape; leaving me easy shots.  I was struggling and would therefore leave him really rough and tough shots a lot.  Long shots, long cuts, tough shots that required a very steady stroke, etc.  He made 99% of them tho!  But it was just like that tennis game I played 15 years ago - he was making all the tough shots and I had all the easy shots!

I noticed this about half way through the day, especially when I started to get tired and he was making all these fantastic tough shots.  I even said something to him about it and he jokingly replied he could leave me the tough ones and he could start shooting easy ones, lol.

Thank goodness he played well, while I played "decent," because we won the hotseat last night!

Finals are not scheduled because of the other events but we have to be doubles dipped and we WILL make it tough for that to happen!