As I mentioned, I'm at the BCAPL Texas State 8-Ball Championships this week in Temple, Texas.

We are using the Cyclops balls, as was used at BCAPL Nationals last year in May.

I show up to the convention center in Temple, Texas on Monday night about 10pm to hit some balls, but they are about to shut the room down so the Tournament Directors can get some sleep.  It would be the ONLY night they would be able to get to bed at a decent hour, lol.

I admit I was in shock, as I really wanted to hit some balls on the Diamond Tables like I like to do.  But, luckily they opened 2 hours early before the first 10am matches the next day, and I was able to get some time on the tables then.

This was a new venue for this annual event and everyone was anxious to see what it looked it.  Here is the layout: 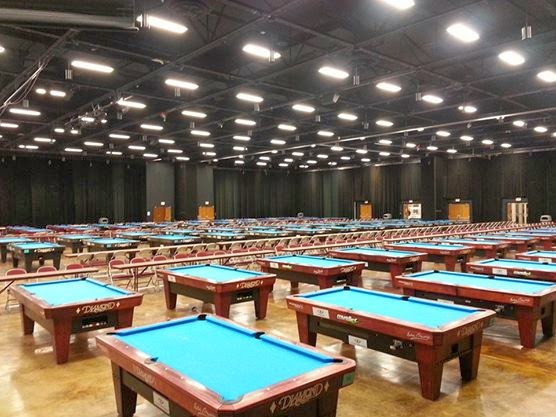 You'll notice that there are no overhead lights above each table.  The lighting was already bright enough that individual table lights weren't needed.

Before they closed the doors, my of my girlfriends said, "Check this out," as she grabbed some balls from one of the tables to show me something.

She says, "check out the glare on the balls."

I look at them and see the lights are reflecting bad off the balls!  I was like, "Wow!"

Now, I don't think I would be looking at the glare/reflection of the lights, as I would be concentrating on hitting the right spot on the balls, but I wished I hadn't been told that.  I don't think I would have noticed!  Even the next day someone said the high lights cause a shadow around the balls.  Really?  I don't notice crap like that.  Stop telling me things!  Lol.

Here is a pic of the balls from Wed, and you see the reflection pretty easily on the balls (click photo to enlarge): 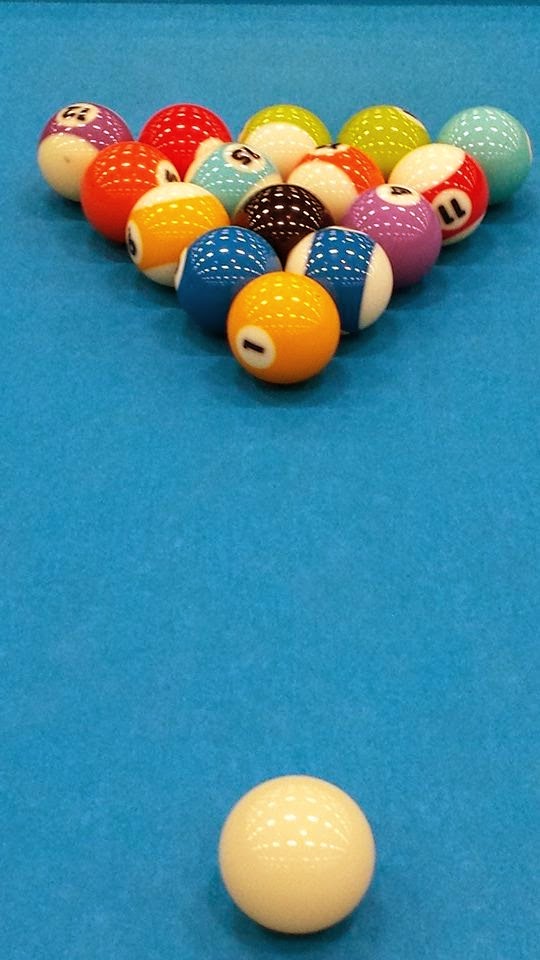 The next day, when I finally get to hit balls, I mention it to one of the good players there.

I told him, "I wish someone wouldn't have pointed this out to me, because I didn't even notice it myself, but check out the reflection of the lights on the balls!"

Crap!  I didn't have time to stop myself from talking.  As soon as I said, "I wish someone hadn't pointed this out to me" I realized I shouldn't be pointing it out to him,  Ooops.

His reply shocked me, tho.