Social Distancing in the Future

My friend Janet was helping run the Midwest ACS Championship tournament in Davenport, Iowa last week. She shared some photos and said they were all wearing masks and social distancing, including the tables, and shared a photo to prove it: 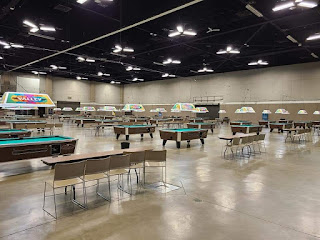 I immediately thought, "hey, every tournament in the future should do social distancing between tables even after the pandemic! "

There have been many times in bar table tournaments where our butts get in the way of the table next to us, or we have to wait for someone to shoot on the next table because the tables are so close together.

How cool would it be to not have to worry about the matches around us in bat table tournaments?!

The Cueist has a Question for You All about COVID

On Wednesday before Christmas, I started to feel a little sick. Just a sore throat and a bit of a cough. By Thurs morning, I had gotten worse and my family decided to cancel the Christmas exchange just so I didn't expose anybody to whatever I had. I just so happened to see a post from a guy out of state saying that he tested positive for Covid-19. He was posting it as a PSA since he was at a tourney the Saturday before Christmas (he had come up here as his wife has family in the area), and started showing symptoms on the Tuesday before Christmas. Now, I happened to be at the same tourney (he had traveled up to my state to play in it) and I was in close proximity to him a few times. So, naturally, the thought of having covid crossed my mind immediately.
Fast forward to the Sunday after Christmas, and I lost my sense of taste and smell, and had a really bad headache. Monday, I started to get a fever and lost all of my energy. So, I went to get tested on Tuesday, and sure enough, I was positive for covid. Ugh! Thanks goodness we cancelled the Christmas exchange so I wasn't around my family! So, I immediately went into quarantine mode. It had already been a week since I was first showing symptoms, and I wanted to quarantine at least one more week before getting tested again. Meanwhile, that player attends yet another tournament here locally again - and this time without waiting for his 2nd test that shows negative. Not only that, he specifically mentioned that he didn't feel 100%, while he was at the tournament.
While I don't want to debate everyone's moral compass, living in fear, or conspiracy theories.... I do seriously see something wrong with this decision on his part....all of us love this game of pool. But at what point do you refrain from going to a poolroom knowing you have a virus which can potentially be fatal to some individuals. Especially in a pool room, at a tourney, where the room is rather full and you're in close proximity to the venue staff, players, TD staff, and spectators.
So, now that I'm fully recovered, I'd like to ask any pool players that have had covid if they've had any lingering effects that have affected their pool playing?
In my case, covid has somehow affected my vision and balance. Not to the point where I'm falling over or anything. But I've not been able to line up properly when stepping into a shot. And in addition to that, I almost feel like I'm swaying while down on a shot. Swaying may be too strong of a word, but I do feel like I'm not able to stay 100% still during my shot. Which, as we all know, will cause all kinds of problems when trying to make various shots. Not only that, but I've noticed that I get tired after about 4-5 hours of constant playing. Whereas before I had covid, I was able to play at least 8 hours before I even started to get tired physically.
Anyone else experiencing something similar?
Posted by Melinda at 7:08 PM No comments:

The Cueist and His Goals

I asked The Cueist and Katniss to send me some info about their goals from 2020 and the ones for 2021.

Here is what The Cueist shared:

Happy Holidays to everyone around the globe! With the year coming to a close, let's reflect a little on what's happened in 2020....most of the pool players around the world were affected by the pandemic. In my case, I was at the BCA/CSI nationals in Vegas when the country started to shut down. And when I made it home, I didn't hit a single ball for 5 months.

Five months is an eternity considering I had set some lofty goals for my 2020 pool year. Let's recap those goals really quick

The way I saw it, if I started to practice and improve, then all 3 of these would eventually happen. In 2019, I really worked on my game. I saw results in tournaments, and my Fargo jumped about 20 points in 12 months. While improving your Fargo doesn't necessarily mean you're playing better, my Fargo doesn't fluctuate too much with the amount of robustness I have. So by going up in Fargo, it was just a tangible way of me knowing that I was indeed playing better on a consistent basis.

However, with the pandemic in full force, this meant that I had about only 7 months to hit my goals, without the luxury of practicing for 5 months.

I placed 3rd in a tour stop in the Fall, which was 2 months after I dusted off my cues....seriously, my case literally had a thin layer of dust! And combined with tourney results from the other tour stops, I was in the top 5 of my particular skill level. Yay for me!

However, the goal that I didn't attain was for my Fargo to increase to 645. I reached 644, which is soooo close, yet soooo far. I know, I know, it's only 1 point. But even though it's 1 measly point, it was still my personal goal that wasn't checked off my list. Dangit.

- Be more positive about pool in general. Whether it is my results in tourneys, gambling matches, individual matches, certain shots, etc, the negativity needs to be at a minimum if I want to improve.
- Improve to a 660 Fargo rating. Tough to do with 5,000 games robustness,
- Place in the top 3 of at least one big tournament in 2021. This is always tough to do as you never know how many talented players will be playing.

And to keep in part of one of my goals for 2021 (see below), I'll try to find the positive side to me not having a 645 Fargo rating....while I didn't attain the 645 Fargo rating, it doesn't mean that I'm not playing better and more consistently than the start of 2020. I mean, the overall goal is to be a better pool player. So I can safely say that I have improved almost 25 points AND I'm playing much better than I did last year.

Now, I just have to keep working on my game as much as I can, and keep the goals in mind. The results in tourneys and matches will take care of themselves with continued improvement. So we just have to trust the process.

Posted by Melinda at 9:00 AM No comments:

Katniss and Her Goals

I asked The Cueist and Katniss to send me some info about their goals from 2020 and the ones for 2021.

Here is what Katniss shared:

2020 has been a tough year that has affected so many in so many different ways. However, we all know it's normal to also learn things from tough times. So, what did 2020 teach me?  TO SLOW DOWN. 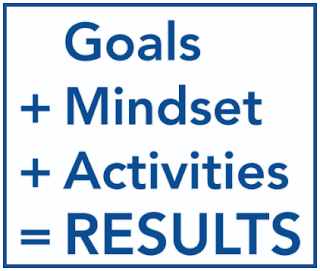 Don’t take anything for granted....because 2020 has been a tough year to the pool community. Some will come back stronger, some weaker, and some will never come back.

Posted by Melinda at 6:59 PM No comments: