But I had a Blast!

As I mentioned, I had a Challenge Match to play in. Here is a quick overview:
Update:

Turns out my friend Viet My was streaming it online (live!) and my friend Ray drove almost 2 hours to tape it for DVD.

I walked in in a good mood and walked over to the 9-foot Diamond table to hit balls (that was obviously the table we were going to play on because all these cameras were facing toward the felt with their eagle eyes!). The table rolled a little different (and fast) and didn't take the English like I thought, but I hit a few balls and practiced a few banks before my opponent walked in, looking just as tired as I felt. LOL

Many people were around the pool hall that I knew - I had picked a Thursday night to play the challenge match because my league is out of the Billiard Den on Thursdays.

I was very nervous at first and started to be embarrassed with my play, but eventually I finally stayed down a little more and took my time (unfortunately, it's easy to shoot fast in banks) and chatted a little into the microphone and saw some friends on the chat, which ironically soothed me instead of making me more nervous like I thought.

It went hill-hill in the race to 5 banks and I was pleasantly surprised since it was only my second time to play banks! At the beginning of the final game, I felt confident I was gonna win, but eventually I scratched twice and he made some good banks and so I lost the final set 5 to -1. LOL

Then we played 9-ball and I steamed ahead 7-1 then 8-2 and finally beared down (I got a little too comfy/loose there for a while) and ran out well the last rack to win 9-4. I was breaking real well, too! Many on the live stream chat were commenting on it (I would hear about later). I am using the new OB Break Cue Shaft and really love it!

So, because he won the first set and I won the next set, the tie breaker set was needed. It was 8ball and I love 8ball! I was clearly the favorite, but the favorite has to show up! lol. I definitely was not the same person as I was in 9ball. I didn't stay down as well, missed a lot more shots and it cost me the match. I missed two almost-straight-in shots (typical for me when I don't take my time or stay down) and those cost me dearly. I lost 7-4. I felt I was really gonna win, but I did not - missed too many shots.

But, it was almost 6 full hours of play...and it was so much fun! Zach was a pleasure to play against and I enjoyed chatting with friends in person and online. I can't wait to see it all on tape - I heard I was jumping up (moving my head) and want to see it because I KNOW that it will help me! I'm so excited!

Viet My was so awesome and paid for our table time, as I paid Zach the required $50 to the winner. It truly was such a great experience!! I'm also relieved that I held my own. LOL

My friend Juan challenged Zach next and they will play soon. Good luck, guys! I hope you have as much fun as I did.

Thanks again for everyone's support!! You all rock!!
Posted by Melinda at 11:52 AM 1 comment:

Referring to my previous post, here are the updated names in the 16-man, single elimination 10-ball event!!

It was a great event that was followed by many. Derby itself is being followed and attended by SO many players and fans! Here are some usual links:

The BCAPL (BCA Pool League) Texas State Tournament is March 12-15. I LOVE 8-ball so I look forward to this event every year!

However, I found out I had to go to a trip for work that same week and was severely bummed. I was even gonna try and leave the trip early to get back in town in time to play the singles event, even though I knew that wouldn't be a good idea (you know we choose pool trips over work sometimes, eeeek!), but I knew that would be tough because it's an international trip.

Anyhow, I looked at the dates today of the meeting and they MOVED it! It's now the week after BCAPL State and now I can for sure play in the BCAPL State Tourney! WOOO HOOO!!!

Ahhh, the little things in life. :)
Posted by Melinda at 1:26 PM No comments:

I Didn't Notice, Like You Think I Would Have 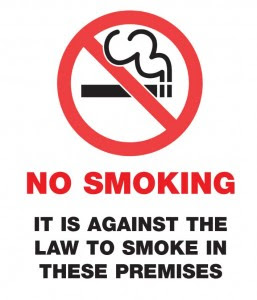 I went to a Fast Eddie's Tour tournament over the weekend in Houston. Friday night I played one pocket for a few hours (played REAL bad). Ordered a pizza (wow that was good) and then showed up Saturday morning to help with the Open tournament. As I drove up that morning, there are all these people standing outside. I think to myself, "are they even open yet?"

Turns out, the reason so many people were outside was that smoking is now banned inside pool rooms in Houston.

If it gets REAL smokey, I will definitely notice and even complain. But if there isn't smoke, I obviously don't notice right away.

After I figured out that indeed smoking is no longer allowed in the pool room, I was excited and savoring and enjoying the cleaner air.

I guess I just really thought that would be something I would notice since I don't smoke. Interesting....
Posted by Melinda at 6:35 PM 1 comment:

I Have a Challenge Match

There is a thread on the AZBilliards.com forums were people from the same state can challenge each other. There is certain criteria that must be met before you can be a challenger, and I happen to meet the criteria. Texas has had three challenge matches, and I just challenged the newest winner. Of course, I did this BEFORE I found out I was in a slump, LOL.

I will be playing a guy from North Texas named Zach.

We will be playing short rack banks Race to 5 and then 9-ball Race to 9. The tie breaker (if needed) will be 8-ball, picked by Tara (the previous King of Texas (well, Queen)). That race will be to 7.

All matches get played on 9-foot tables.

We will be doing this at the Billiard Den (in Richardson, Texas) on Jan 22 (a Thursday).

Derby City is this long, awesome, famous tournament with 3 different type of tournaments being held during a week. Never been there, but everyone else in the world goes to these tournaments - pros, amateurs, wannabees, the old-timers, etc. It's one of the few tournaments you can go to and walk around freely with the pros and also play alongside them. Women and men both play in the tournaments.

There is also a lot of gambling going on all the time, from what I hear. It's prolly one of the best times to watch that much action in one week.

Here are the confirmed players so far:

While this special tournament was being discussed on the AZB forums, an idea came up for $100 blind raffle by a follow poster. I said to myself, "wth," and decided to throw in my Ben Franklin for fun. There is only 11 players signed up right now, but 11 people rolled the virtual dice for those 11 players to see who would get who, and I got Mr. Shane Van Boening. We are only paying 1st and 2nd. We'll see how it goes....

Good luck to everyone!
Posted by Melinda at 10:16 AM 3 comments:

My overarching pool goal for 2008: To Play in More Tournaments.

Email ThisBlogThis!Share to TwitterShare to FacebookShare to Pinterest
Labels: Goals

I'm in a slump. I have to be! How else can I lose 5 games in one night at league (in a B league, no less!!). Ugh, it's frustrating. I was literally depressed through the next morning. :(

So much for the top ten in this league. One win out of ten games will get me: NO WHERE.

Love Me Some One-Pocket

I've been playing more and more one pocket - not just playing, but getting coached! I have a one-pocket coach and we have met a handful of times now in December and over the holidays. He says he can see improvement (so can I). :)

I just love this game! I have the patience and eye for it, but I find I get real tired after about 4 hours. I'd tell you who my one-pocket coach is, but he's a road player, so I can't say his name. He is very knowledgeable, and in addition, many of the other guys at the pool room give me tips when I play the game, so it's awesome.

I am still practicing ten-ball and working on my pre-shot routine, though. That is key to keeping up my 9ball game (hopefully, lol)

I would like to become the best female one-pocket player in the state. I don't know how that is determined, lol, but that is something I would love to be someday. Here are more things I wrote down on a "Bucket List of Pool" thread on AZBilliards.com This photo is from the onepocket.org website.
Posted by Melinda at 4:16 PM No comments: