Credit Where Credit Is Due

I will write about this in more detail later, because I want to capture down in words my most sought-after title, but I WON the Women's Singles Division of the 2014 BCAPL Texas State 8-Ball Championships back on April 3rd!  :)

Yep, I finally did it!

However, a couple of recent comments have perturbed me.  And as you know, I write about good things and things that bother me as well, in this blog.  As, Pool is a Journey.

As I've stated before, pool is not all positive things, there are also down times and frustrating times, as with all sports and competition.  And I want to share all sides!

After I won the tourney, I of course went to FaceBook to announce my win.  Well, actually, I didn't say what I won, all I said was:


Omg I did it! My personal biggest pool goal/obstacle in the last 10-15 years! Wow! Thank you for all the support and love!

I got many congratulations and sincere comments for my accomplishment, but of course one little comment perturbed me:

"Good job Melinda! Looks like hanging around that new guy is paying off a little! lol"

I was actually deeply hurt.  My new b/f does play good pool, but we don't even practice together and I've actually only seen him play 2 times in 6 months.  So, I didn't win because I am dating a good player!!

Then, just at league on Sunday a week later, I am playing 8-ball and playing some mean safes because there is no way to run out with all the clusters.  So, I'm playing smart 8-ball.

My opponent, who knows who my boyfriend is, says to me, "Who YOU'VE been practicing with?"

I snip back, "I've been playing safeties like this for YEARS."

I mean really, give a girl some credit!

I've been playing pool for over 25 years and my game has gone up in the last 3-4 years because I finally solidified my fundamentals people!  Not because of who I am dating!

Quite honestly, my b/f and I don't even have time to play pool together.

And trust me, if someone helps my game, I will FULLY admit it.  I have mentioned SEVERAL names in this blog when I get help and how it's helped me.  I'm not shy to admit it.

But to not give me credit hurt me, when in reality, I've worked really hard on my game and take pride in my accomplishments.

The guy on Facebook said he was just kidding and "...I definitely deserve all the credit," but it still hurt a little because this title meant so much.

I finally won something that REALLY means the world to me, that I had YEARNED for for so long in my life, to only be credited to someone else, not myself.  :(  And when I play good at league you can't think it's because of my years of hard work?  That it's because of some guy I don't even play pool with?  Sheesh.

Actually, people should be lucky I DON'T practice with him!  lol.

But, I'm not going to focus on those the negatives.  But people need to realize that just because you are dating someone doesn't mean you are even playing pool together! 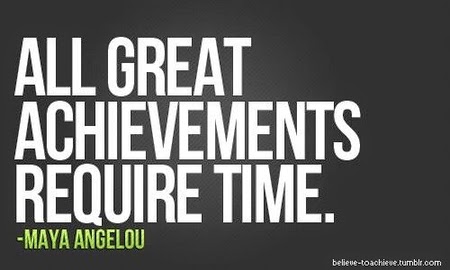