I was playing in our 3rd round match this morning in my women's team event at the 2014 BCAPL Texas State 8-Ball Championships.

Minding my own business, while focusing on my opponent, I look to my left and am in complete and udder shock.

While I was kinda stunned by but what I saw, but I was also at the same time very humbled.

Here was this elderly woman playing pool next to me.  And she was on oxygen.  She had a little pack to hold the portable oxygen tank and she was slowly moving around the table trying to play pool.

She talked loud, and I could tell it seemed like she was having fun.  Even though I could also see just how weak and exhausted she was.

I would find out later she was deaf and that's why she talked loud about her shots.

I don't even know how I was able to play pool seeing her.  It was TOUGH on me to focus.  I fully admit. 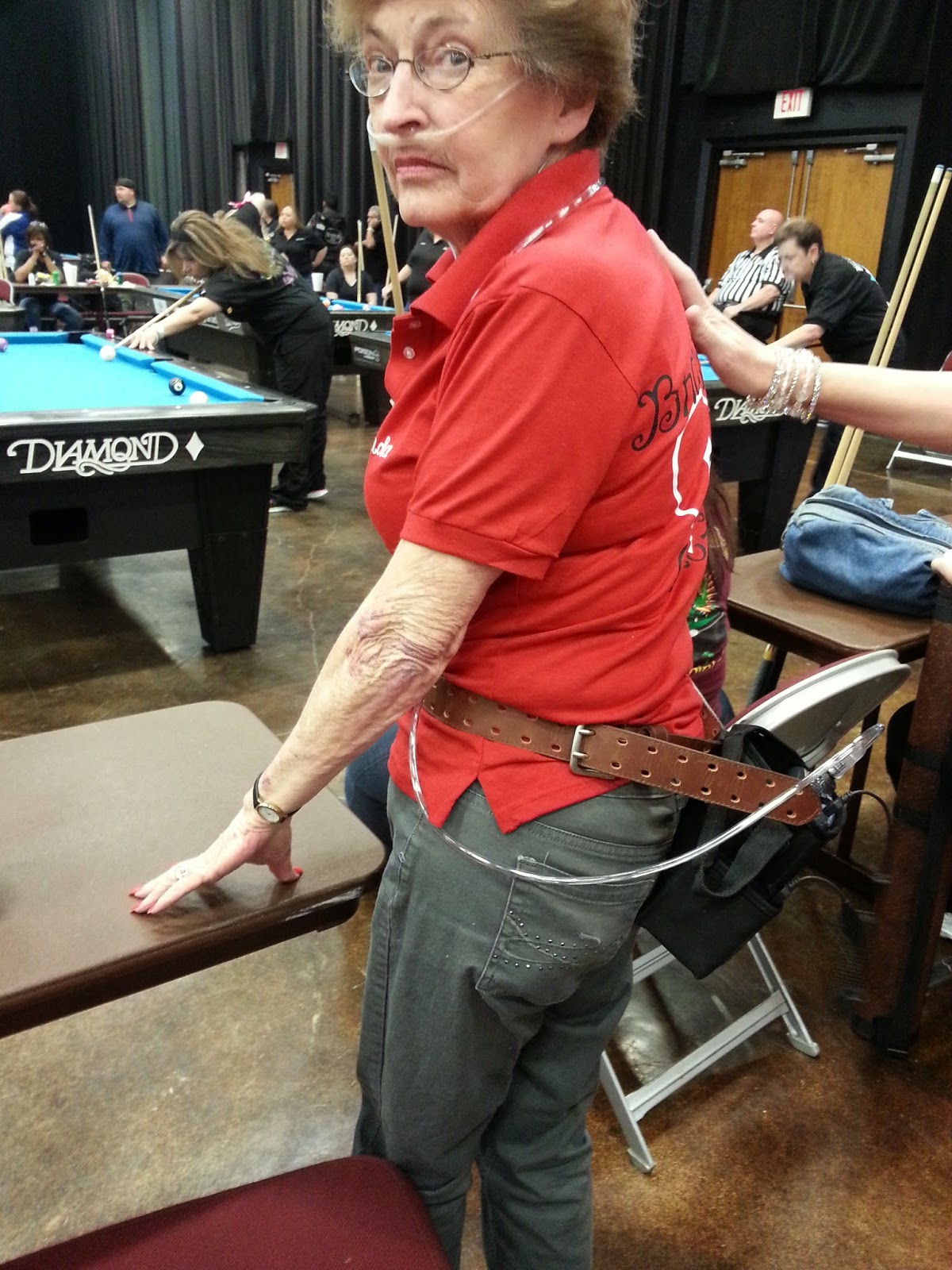 She reminded me SO much of my Mom!  My Mom was on oxygen, my Mom had the same bruises on her arms, she too was weak, frail, skinny, hunched over a little, exhausted just by walking slowly around the table.

My Mom even wore glasses and has the same hair as this women, Linda.

Emphysema is a terrible disease.  Hard to live with it, hard to see someone you love live with it.  Not being able to take deep breathes and be always weak is torture.  :(

I was able to finish my game, but watched her other match later on in the set.  I also asked if I could take a pic of her oxygen and noted I was happy they made them lightweight now (well, for as light as they still can).

Brutal match for me.

But at the same time, so happy to see her TRYING to play pool.  Not caring she is on oxygen and has this plastic line over her ears and under her nose.  Most people hide at home, but there she was playing the game we all love.

I heard this may be her last year to play, and I could tell how tough it was for her and how much energy it took.

Gosh I miss my Mom.