In Between - from Katniss

Find your WHY.....and you will find your WAY.

Somewhere in between when you leave your comfort zone, to enter a more challenging zone.

noun
a place or situation where one feels safe or at ease and without stress.

My comfort zone: Known ability to play in a higher caliber event/league. Having the stats and skills to back it up. Competition is “fun and care free.”
Players looking up to you. You're the top of the food chain.

Players are of bigger and stronger playing abilities. Your mental and thinking process will be tested constantly. You are no longer on the top of the food chain, you are now at the bottom trying to make your way up. It may even feel like players are looking down at you instead of them looking up at you like in the comfort zone.
It’s basically the same concept for both zone's, tho:
Start with a small goal and once that is achieved, set another a goal. DO NOT GIVE UP!!
Once the challenging zone toughens you up, and makes you a confident and stronger player, going back to what was your comfort zone will actually make you feel like you no longer belong. It will make you feel out of place.
I do feel that you adapt to your surroundings. So if you stay there too long, you have to keep moving in order to excel or you will stay playing at that same level.
Change is hard....it is tough when you are IN BETWEEN leaving the old and making your way in to the new.
I am determined and I will NOT give up!
Posted by Melinda at 1:01 PM No comments:

Fargo Thoughts from The Cueist

So I want to take a min to talk about Fargo ratings since it's all the rage right now. So many people are on either side of the Fargo debate. You can walk into a pool room and bring up Fargo ratings, and you'll hear the typical "oh, it's great! I have 15,000 games robustness, and it helps me gauge where I am against the better players." Or the TD's that use it as a tool for handicapping tournaments more accurately.

But on the other hand, you'll also hear the "oh, Fargo is a load of crap! It's so easy to dump and lower my Fargo." Or the, "I hate any kind of handicapping system. I remember back in the days when everyone played even, and you had to improve in order to place higher in the tournaments."
Then you have pool players like me that can see both arguments, and have seen it both help and hinder pool players of different skill levels.
We have monthly tournaments here in my area that are handicapped based on Fargo ratings. Now these tourneys are great! They consistently have 80+ players, and there's been all kinds of players from beginners to pros play the events. Even though you hear the top level players moan and complain about the handicaps month in and month out, the top players still seem to find a way to win and place high in these events. The handicap system ranges from 4-13, and it's rare that anyone below an 8 places in the top 3, let alone wins it. Funny how that works, right?!
From my humble point of view, the handicap system that these tourneys use is pretty close to accurate. The difference is truly in using Fargo ratings that are established for all of the players. And personally, I think the higher level players are just so used to running through different tourneys without any tough matches until the later stages of the events. Hence the moaning and complaining about someone rated too low when there's an upset, which is rare even when it's handicapped.
And that's not taking anything away from players w/ a lower Fargo rating. However, the difference comes down to consistency. On any given day, a lower level player could play perfect and easily beat a higher level player with very little mistakes. Then on their next match, the lower level player might lose, and struggle badly. But nobody ever remembers the times that the lower players perform to their level. Everyone always remembers when the lower players play over their head and play great. This especially happens with players in the mid-level range, such as the weekend warriors like myself. We could play perfect on day 1 of an event. Then come day 2, we can't make a straight in ball! Trust me, I struggle with this every month. LOL.
So back to Fargo.....personally, I believe Fargo is a great tool for handicapping tournaments, leagues, etc. However, there are still some downfalls, as with any handicapping system. So is it perfect? Umm, no! But I believe that the math involved to create the Fargo numbers is far more accurate than subjective opinions. And that's a good thing! You're able to run tourneys that men/women can compete in, as opposed to having 2 separate events for men/women. You're able to fill up tourneys that may not be full due to an unfair handicap system.
For the players that are only concerned about making money, this means more money in the tourney pool. More people in the establishment that is hosting the event. And for the weekend warrior, that means more competition. It's a win, win!
Let's hear your thoughts on Fargo, and how it's going in your area.
Posted by Melinda at 2:19 PM No comments:

That Muscle Memory Thing - by Katniss

I have not said that in a while. Not that it has not happened, ha. But, I now realize the reason I can’t make a ball is because of my stance; it doesn't feel comfortable or natural to me. Me missing and not making balls just proves it.

I try to pay extra attention to my footing, bridge, arm, and aim. Easy enough right? ha! Not so much when you're in the middle of a match, competing, struggling to play decent, and playing your heart out. It’s hard when you're losing and the pressure is on, then all you feel is embarrassment!

Does every player go through that?

Is it just me?

Do all player lose their muscle memory?

Is it too much or too little practice?

Is it that they are always in action?

Is it solid fundamentals? 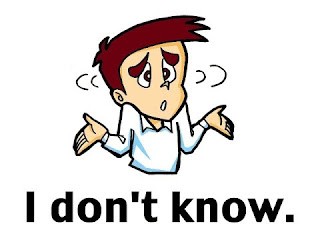 I don’t quite understand how to keep that muscle memory active and keep it working for me. It’s so discouraging at times. When everything is going well, it goes well and I don’t have to work as hard - it’s all automatic. Effortless. I get to the table, bend over, and shoot! But when I’m off, I don't play well nor catch a gear. I want to learn how solve that problem!

I do admit I have more good days than bad. But, dang them bad days can be brutal!

Posted by Melinda at 4:42 PM No comments: