Not Looking at the Bracket - Project Hunger Games

I have written many times how I have test anxiety, and that's one of the reasons why it took me so long to finally win that title tournament I yearned for for years!

But even after I got mentally strong and became more successful, I still never wanted to look at the bracket; I just didn't want to see who I was playing next.

I would psych myself out before even getting to the table with them, lol. If they were a top player, I could get timid and scared. If I thought they didn't play well, I could get too cocky.  Either persona doesn't look pretty, right?

Recently I had a convo related to this with Katniss.

She was explaining a tournament experience and in that recap, she said she had asked a friend to go over to the bracket and tell her when she would be up next, as she didn't want to see the bracket.

I immediately felt giddy of course, because I could relate! I told her, " I don't like to see who I am playing next either. "

But, she shot me down.

She wasn't saying that at all!

She told me, "I don't mind who I'm playing next, I don't mind knowing that at all, but I don't want to see how much money I could potentially make if I won a few more matches."

So, this goes to show that we each have different things we don't want to see or know about because because it might affect our thoughts and emotions. 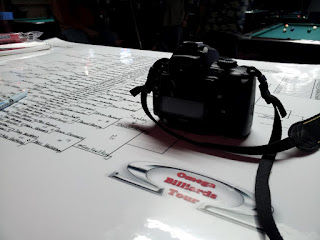 Just Have Fun - The Cueist Project

I have written a TON of times in my blog that it's important to have fun in your matches.  A TON.

And truthfully, it's the most used sentence when I send texts to friends who are playing in tournaments, "Don't forget to have fun."

(going with my theme to shorten my blog posts, I will not go into all the fine details I could share about this and try and make this short and sweet.)

Imagine yourself having fun, smiling, enjoying the game we love to play, while you are competing in a match.  Can you add pressure and then still be smiling and having fun?  Nope. The two don't go together like milk and cookies.

It's really difficult to have fun when you feel pressure. But if your goal is to have fun, the pressure is not as strong.  And, having fun helps lower tension, and feelings of negativity, which can get in the way of playing our best.

This resonated when The Cueist described to me a key match on a Sunday morning of a big tournament he was playing in.  His description explains VERY WELL the concept and my motto of "having fun."

"Next morning, my first match is against a guy that is always tough to beat, and I know he loves the bar tables as much as I do. But, I figured that if I had fun in the match, I'd still be tough to beat. There was a lot of people watching, but I was feeling comfortable. It ended up being a close match, but I won 7/5. " 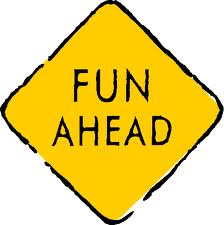 Posted by Melinda at 3:17 PM No comments:

Email ThisBlogThis!Share to TwitterShare to FacebookShare to Pinterest
Labels: Fun, The Cueist Project

Katniss (the pool player of the Project Hunger Games section of my blog) shared with me she is having some confidence issues.

"I sucked at a tournament last weekend and then at league the very next week, I sucked worse. I am feeling some frustration and low confidence. I'm playing really badly!"

I took in her words and could tell she was hurting.

I shared with her, "Everyone goes through these confidence things, just remember it's all part of the process. And very normal :)."

I added, "Funny thing: we actually improve during times of these little baby steps backwards. If that makes sense. It makes us not get too comfortable, which leads to us working on our game, which leads to improvement. :)"

She replied back that I made her cry.

Don't worry - she was crying in a good way, lol.

Maybe it's because my words eased her feelings remembering that being frustrated and lacking confidence from playing badly is very normal and we all go through it.  Plus, the good news is it's a catalysts to work on our game, which in turns helps us improve.

Because I have been in her situation almost 1,000 times (I might be exaggerating) of feeling down after a tough loss or a bad tournament run because I'm playing so badly, I can relate. Ugh.
Posted by Melinda at 5:08 PM No comments: