My scotch doubles partner and I, Marty, found ourselves in our VERY first match on the stream table of the scotch doubles event in Temple, Texas for the 2014 BCAPL Texas State 8-Ball Championships!

Luckily I've played on the stream many times, so I was very comfortable.  So comfortable in fact, I posted about it ahead of time on FaceBook.  If I was nervous or apprehensive, I SURELY wouldn't advertise it, lol.

Rail2rail.tv was the host streamer and I liked them A LOT this year.   I wrote last year how I didn't like the male commentator but the ladies this year did a FABULOUS job!  I was very impressed!  And glad they were there to showcase Texas' talent all week long.  :)

Before we began, the hosts wanted the players to fill out this form.  I guess so they could say things on the stream like, "She plays with a Custom Jim Buss Cue" or "His best advice is to 'Do all your thinking standing up.'"

So, Marty and I filled out our "resumes" and so did our opponents.  And so did every player who would be on the stream for the rest of the week.

As I turned in the sheet, and saw what Marty wrote down.  I was curious because he kept saying things like, "what have I won worthy" and "why would they want to know this" in his dry humor that he has.  lol.

The last question was "Most Valuable Lesson Learned."  I didn't understand what he wrote SO MUCH, that I took a pic of it so I could ask him about it later. 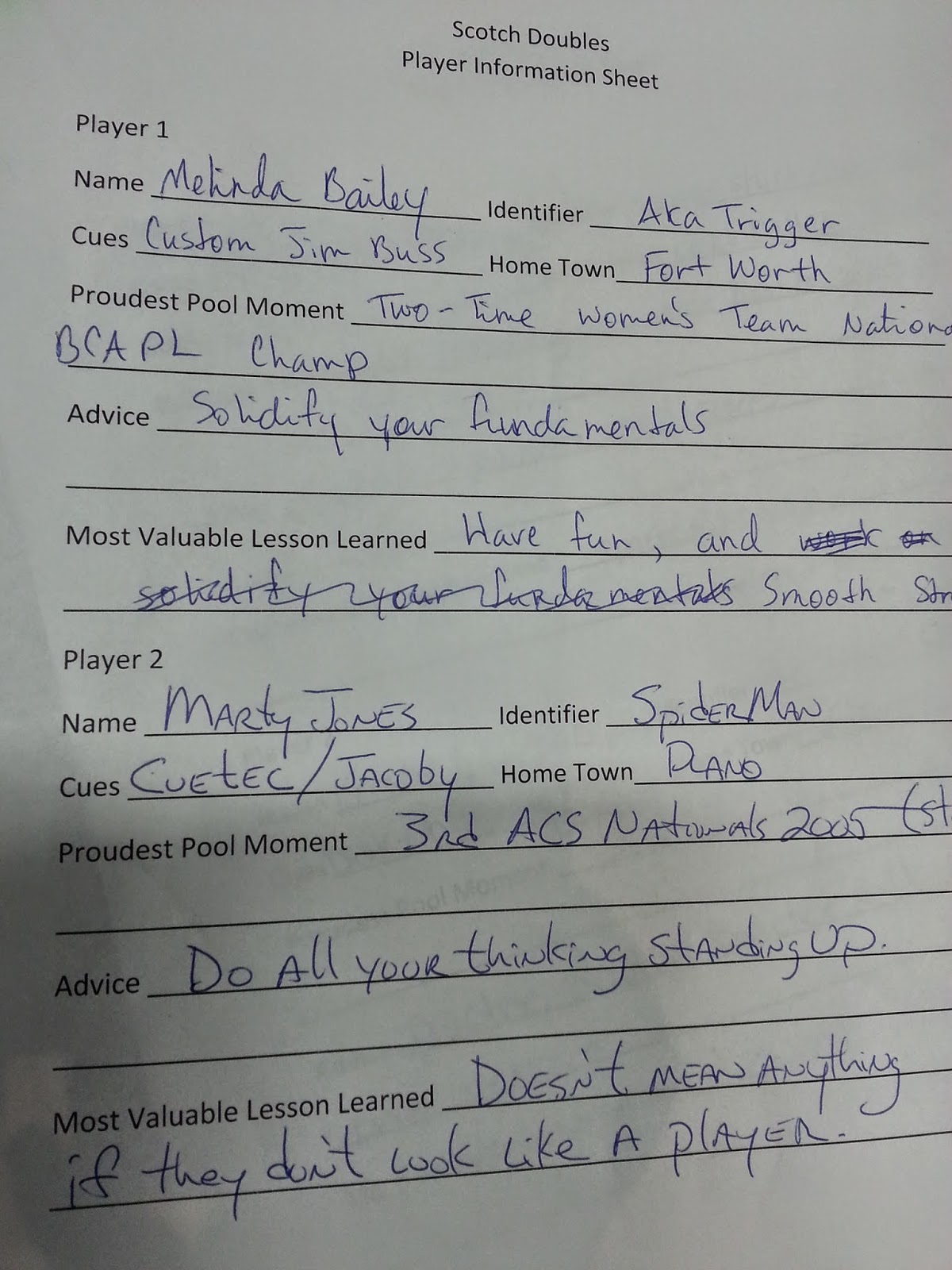 His response to that question was "Doesn't mean anything if they don't look like a player."

After our scotch doubles win, I asked him about it.

He said, "Just because they don't look like a pool player doesn't mean they aren't."