Some Things I Didn't Expect

So, I mentioned in a previous blog entry that I won a Fast Eddie's Tour event (I know ...I know.... I promised the details... I will get to it soon). I admit I am still giddy that I won! It wasn't the first tournament I ever won, but it was my first 9ball tournament I won. Okay, okay.... I did win a little tournament not affiliated with a tour back in 2001 with 7 ladies in the event, but I never considered that a "win", lol.

I won two 8ball tournaments on Diamond bar tables in 2008. Those two wins meant the world to me! I finally reached my overarching goal (to win a tournament in my 30s) and I also love 8ball so the wins meant that much more. I also had to triple dip and then double dip the hotseat players to win those two tournaments, so they were extra special wins for me.

But this 9ball tournament win on 8foot tables meant a little more for some reason. I can't explain it well, and wont be able to. But, let me tell you a few things I have done that surprised even ME since I won that tournament just under two weeks ago as I write this:

I went to the Mosconi Cup last week in Vegas and met a lot of new people. Many would ask me if I played pool. I USED to reply, "yes." and leave it at that. If they asked if I played well, I might say, "a little bit." Well, I noticed my answer to the same question is now different. When people would ask me, "do you play?" I would reply, "yep, and I play pretty good too." I then would add with a smile that I had just won a tournament, lol. Yes, I was still giddy. :) 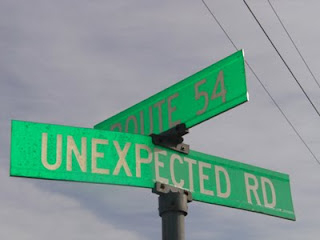 While these might seem like really small things.... for me, they are not small. I think it shows just how important that win was to me.
Posted by Melinda at 3:57 PM

Email ThisBlogThis!Share to TwitterShare to FacebookShare to Pinterest
Labels: Different and/or Interesting, Personally Me