I tried to capture for those that could not attend or did not see this on tv or on the internet, the essence of how at typical day at the Mosconi Cup would go: 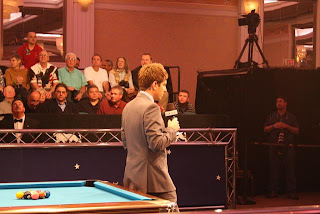 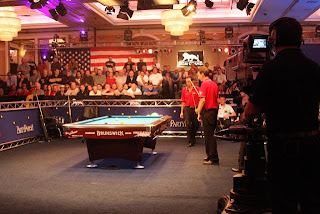 Here is what the arena looks like from where the TV cameras are. 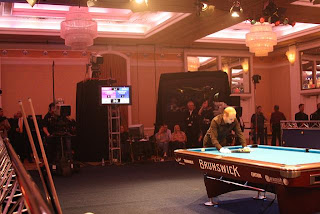 Here is a view of the operations - the behind the scenes that makes it all work! 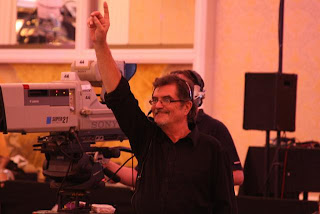 Here is the Director, counting down we are soon to be back from commercial. 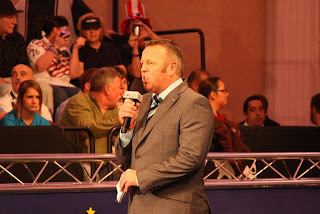 This is the announcer (John McDonald) who would introduce the players. He had that "intro-boxer-type" voice. He was awesome! And funny! 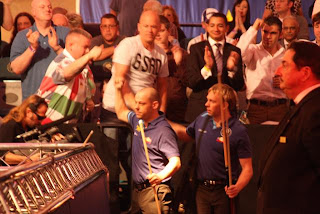 After the team is announced, they walk by the crowd to their seats inside the arena. Here is Darren and Thorsten walking by fans. 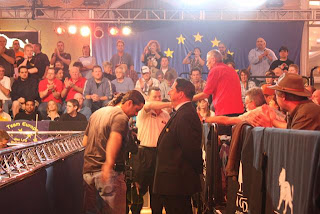 Here is Dennis walking in after being announced, high-fiving the crowd. The atmosphere was electric! 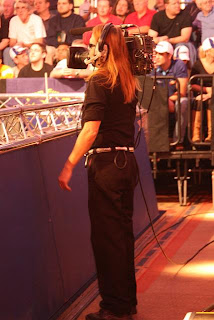 Here is the roaming camera-guy. He would walk around and get extra shots of the crowd. He did a fantastic job! 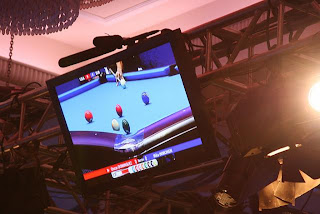 There were flat screen tv's on each side for the crowd. they displayed what was being shown on tv. It also helped us in the crowd - lol - the camera work was awesome and we would be able to see the tight shots, also, on the screen. It was cool! I have to admit, it was kinda weird to have a front row seat, and yet sometimes be looking up at the screens to get a better look, lol. 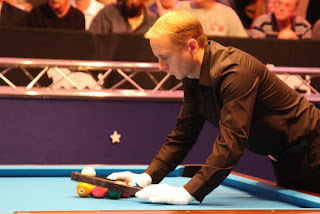 There were two refs - they worked their butts off! They would each take turns reffing the matches - they never reffed two matches in a row. 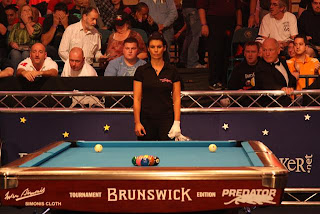 Here is the other ref (it was her Birthday on Friday). 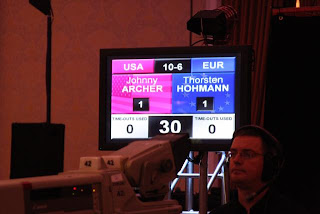 Here is the score screen AND also the shot clock. The players utilized this a lot. This screen also displayed the extensions. One 30-second extension was given to each team. 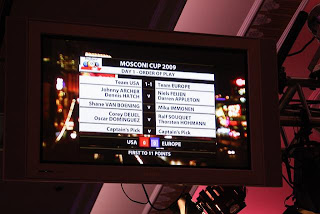 Here is what would be shown to the tv viewers - which players were up next, and the past scores of the day. The graphics were very clean and friendly. 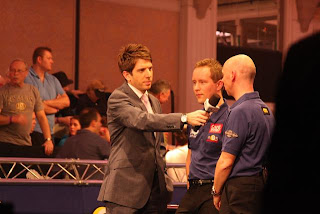 After each match, this announcer would interview the winner(s) of that match. 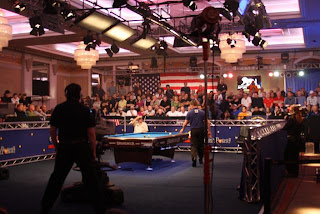 Here is another view of the arena. 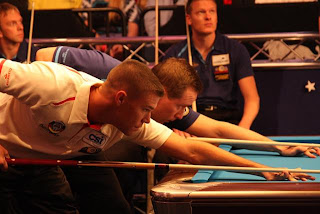 The players lag before each match - here is Corey Deuel and Mika Immonen. 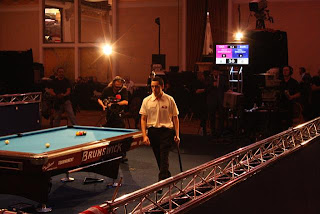 Here is another view from the stands of the production crew in the background. 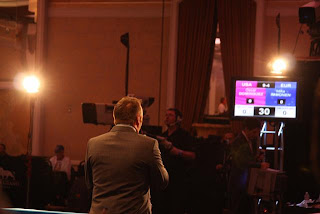 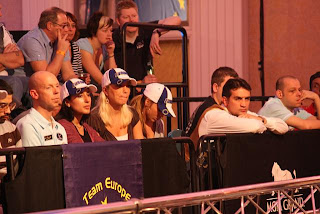 Each team stayed on a certain side of the arena - here is the European side. Ralf and his wife, Niel's g/f and Thorsten's g/f, the team captain Alex Lely, and Darren Appleton. 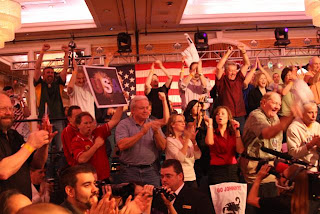 Here is the USA side, right after we won a game. The captain (Nick Varner) is there, along with Shane Van Boening and also Melanie Archer (Johnny's wife). 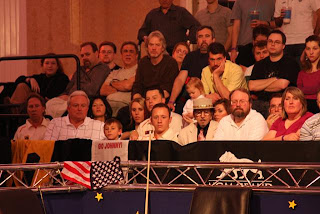 Here is another shot of the USA side - in the hate is Shane's grandfather and Nick Varner (captain) on the left. Dennis Hatch and Shane also sitting there, including Johnny's son, Johnny Lee. 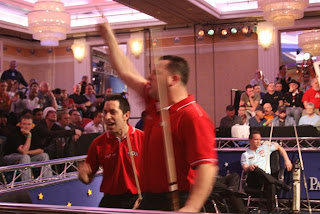 The players showed a lot of emotion after they would win a game or match! It was phenomenal to see the players so hyped-up and ecstatic! 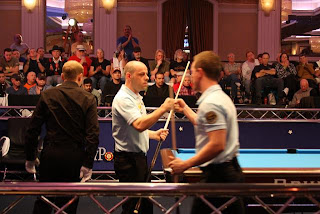 The players would also celebrate among team members. Each team member supported each other tremendously. The excitement was contagious and bled over to the crowd. 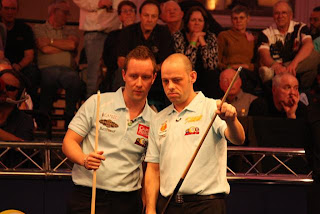 During scotch doubles, the players were able to ask questions and help each other between shots. They mostly discussed how they would set up the next shot for their teammate. It was really cool to see them discussing their options. 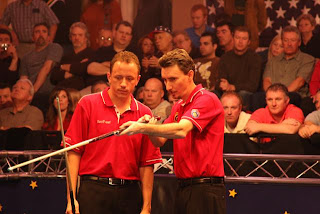 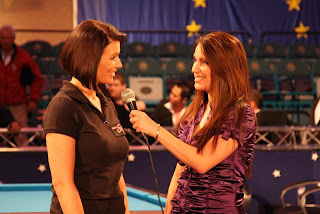 Cristina Dela Garza (my roommate for this event) conducted interviews at the end of each day. Here she is interviewing Michaela Tabb.
More photos and stories to come!
Posted by Melinda at 9:04 AM

Great job Melinda.
You captured the flavor of the event - not just the typical down over the ball and posed shots, but the action from so many perspectives. I know if I was an editor, I'd want ace reporter Bailey on the scene. Your previous post of possible angles is also excellent. You showed the depth of your think - no cookie cutter coverage for this girl. Bravo!
Phil