I lost three special people in my life in 2009 in the billiard community.
Kathryn Long lost a long battle - she had been sick for years. Kathryn was a very dear friend that meant so much to me. I enjoyed seeing her on the OB Cues Tour and at league. She and I had many things in common and I miss her dearly. 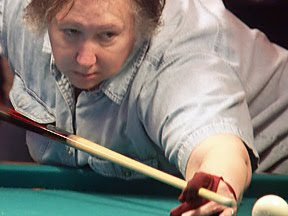 Ray O'Briant - left this world at too young of an age with a heart condition. He was a great friend to many people, and a good Dad. He was only in the mid 30s. Ray and I were on several league teams together and he was always in a good mood, enjoying the nights out. 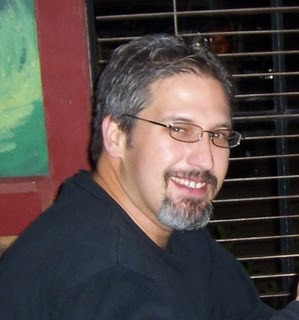 Dan Freeman. I can't say enough about Dan. The man with the biggest heart in the world. Dan was from Houston and one of the nicest, most supportive guys I had the honor of meeting. He will be sorely missed. Even after his death, he still touched us. I was contacted a few months after he passed and earlier this year he contacted a friend to help him with something. He had set up through this friend to donate his cue and case to OB Cues Ladies Tour to help raise money after he passed. I am still touched by his generous heart.
Me, Dan and Amanda
Posted by Melinda at 2:08 PM

It is a year dear one, since you afar
Went out beyond my yearning mortal sight
A wondrous year! perchance in many a star
You have sojourned, or basked within the light
Of mightier suns; it may be you have trod
The glittering pathways of the Pleiades,
And through the Milky Way's white mysteries
Have walked at will, fire-shod.

You may have gazed in the immortal eyes
Of prophets and of martyrs; talked with seers
Learned in all the lore of Paradise,
The infinite wisdom of eternal years;
To you the Sons of Morning may have sung,
The impassioned strophes of their matin hymn,
For you the choirs of the seraphim
Their harpings wild out-flung.

But still I think at eve you come to me
For old, delightsome speech of eye and lip,
Deeming our mutual converse thus to be
Fairer than archangelic comradeship;
Dearer our close communings fondly given
Than all the rainbow dreams a spirit knows,
Sweeter my gathered violets than the rose
Upon the hills of heaven.

Can any exquisite, unearthly morn,
Silverly breaking o'er a starry plain,
Give to your soul the poignant pleasure born
Of virgin moon and sunset's lustrous stain
When we together watch them ? Oh, apart
A hundred universes you may roam,
But still I know I know your only home
Is here within my heart!