My friends are awesome! I just have to share this story!

I was playing in the semi finals of the FE Tour in December and I had my case, cues, jacket and purse sitting on top of the pool table next to me. They were laying there minding their own business while I played in this 3rd place match. My friend Yvette comes up to me in-between racks and says, "the manager doesn't like these type of things on the table so I am going to move them for you before he says something." I didn't think anything of it - I was engrossed in my match and figured she was looking out for me because she was a regular there - she knew the "rules" of that pool room more than I.
A few games later, I turned around in my chair to ask Yvette a question. It dawned on me I had continued to lay my cues on top of the pool table! I asked her if the manger would be okay if my cues were there, and she replied, "yeah, those are fine."

I won that match, then played in the finals. I won the first set, then the second set to win the tourney, and rest is history (or, simply put, reflected in my blog here).

After all the emotions, I immediately went to my purse to grab my camera and Yvette says, "I have it." I looked at her funny, but I had been crying and replied, "what?" She admitted, "Ashley and I told you that story about the pool table so we could get your camera and take pics of you in your matches." I was SO flattered and happy! OMG! What an amazing gesture to even think of that! Later the next day, I went through my camera and saw many pics of me playing in the semi final and final match and it meant a lot because I had pics of my first Fast Eddies Tour win and pics for my blog. I love my friends! I love thoughtful people!

Yvette shared with me she even told the manager, "Hey, if Melinda asks, tell her you don't want things sitting on the pool table" (just in case I asked him). He didn't know what was going on but shook his head, "okay, Yvette, whatever you say." She had all the bases covered, just-in-case, LOL!

Here are some of the pics: 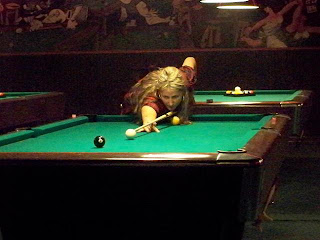 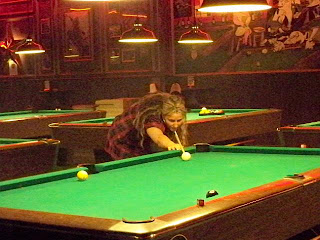 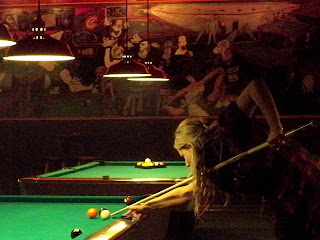 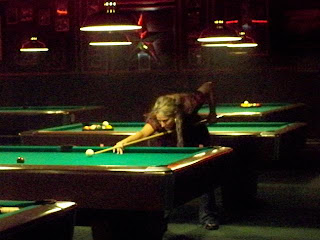 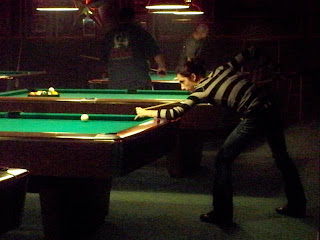 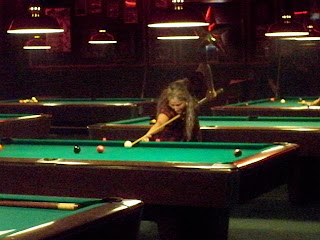 Thank you Yvette and Ashley! 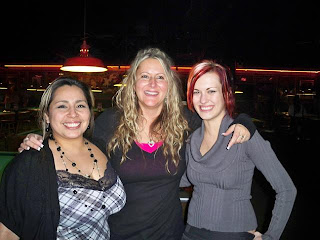 Here we are all at that tournament the previous night. Yvette, me and Ashley
Posted by Melinda at 10:46 AM