Evidently, It's Not Silly

I had been wondering if I should post about this or not, but after dinner with some girlfriends this week, I found out my thoughts and feelings about this topic aren't silly after all. I admit I do not know if guys feel these things, but for chicks, some of us do. 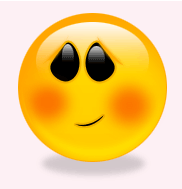 I won my first Fast Eddie's stop last December. A VERY proud moment in my life! I am still elated to this day about that win - very special to me.

I was disappointed, however, that it was barely mentioned on the front page of AZBilliards.com. The Fast Eddie's Tour used to write two separate articles on each tournament - one for the men's division and one for the women's division - but now a reporter calls the tour and writes only ONE article (the women sometimes never get mentioned at all or barely get mentioned).

In two sentences in the last paragraph the article about the Fast Eddie's Tour Season Finale does indeed state I won the women's division, so, I should be thankful it's even mentioned at all, but it wasn't made a big deal of. But to be fair, it probably wasn't a big deal to the person who wrote the article or who gave the info to the writer. Four (4) long paragraphs about the men's tourney and yet only 4 sentences about the women's tourney, though. Wow. :(

(An interesting side note - I am a partner of AZBilliards.com and also help with the Fast Eddies' Tour, but I would never tell either one of them I should get bigger billing. That's not who I am.)

You all know I don't normally complain so that is why I hadn't said anything before, but the dinner conversation from the other night brought up other similar, silly thoughts chicks think of.

For instance, the last stop of the year for the Fast Eddie's Tour was not mentioned in any of the print magazines. It would have been cool to have a mention in print! I ain't mad or upset - my blog entry sincerely described my emotions anyway - but a little disappointed, I admit. I don't care about getting attention for myself (I know you don't believe that) but it would have been neat to read about my important win in print. But it's okay - I am still super happy!

At the same dinner, one of my friends shared that an article about her recent big win didn't have her name in the title. I could completely relate - and we talked about how it was really a silly little feeling, but it still would have meant a lot to her.

I remember a couple of years ago a friend won a ladies event in the NE and she was super upset about the article - they didn't have the scores correct and the wording made it seem like she got lucky to win.

I wonder, do guys think the same about this topic?

Does everyone look for write-ups about a win and/or care if there isn't a write up OR if there are mistakes?
Posted by Melinda at 10:16 AM

personally i think it's quite natural to want accolades accorded to you when you feel you've earned them. that said, you're at the whim of the person granting the acclaim.