I Got B!tch Slapped

As wrote last month, I pretty much stated I didn't understand how friends can take advantage of their friends when it comes to gambling matches.  If they are in a bad game, "friends" will still do whatever they can to take home the money.

I am sad to say I did that the other day.  I did it to a friend playing poker.  As I did it, I only thought about how I was better, not "what" I was doing.  But as I reflected on my drive home from the casino, I realized I did exactly what I said I abhorred in that blog post from last month.

And I do not feel good about it.

This is a hard pill to swallow, and it's stuck in my throat.  It's been 4 days since this happened and decided to open my soul with you all and share my guilt.

Long story short, a friend who is trying to get better at poker was in the same pot as I.  I knew I would win because I had a boat, but instead of checking down to the river, I not only bet each card, I even raised my bet on the river.

The guy sitting next to us even commented, "You two are friends.  Why didn't you just check?"

I immediately felt bad.  Why didn't I just check?  WTH was I doing?  They were a friend.  They ARE a friend.  And yet even though I knew I had the best cards, I somehow just wanted that extra $35. I now understand what / how people feel when they are on the winning end of an uneven match.

I don't know what I was thinking, except I had the winning hand.  And I took advantage of the fact they may not realize to fold.  :(

You may think it's minor.  Who cares about $35 or that she was a friend - I (or you) would do that to any of those strangers at the table.  But when I mentioned it to my boyfriend, because the guilt was in my heart, he said I shouldn't have done it either, which made me feel even worse.  Because?  Because he was right.

Karma however got me - I went all in with a boat and lost to TWO other higher boats about 6 hands later to others on the table. 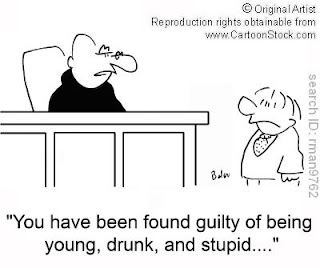 Melinda, let me offer a differing viewpoint. I think what you did was not only right, it will do wonders for you in pool. There are no friends on the table (pool or poker), only opponents. To paraphrase from Karate Kid, "Opponents deserve no mercy." Go to poolplayers.com & read Cristina DLG's article on this topic. I think it will shed a new light on this for you.

Yes, I had considered adding that my "move" showed that my killer instinct is getting better. You make a very good point! I just found that article she wrote and wanted to link it here for others because you are correct - it's a good article related to this topic:

Thanks, Tim, for the help! I appreciate that viewpoint very much (and I feel better).

I also think if your friend is trying to improve her poker game, letting her off easy isn't necessarily helping her. Did you explain to her how she might have known to play it differently?

Another good point, PM! Thank you for that. And no, we didn't talk about that hand, but we did talk about some others.