My bestest girlyfriend Amanda wanted a girl weekend so we decided to head to the Mosconi Cup in Las Vegas!  We'll be leaving Thursday to watch the festivities live at the MGM Grand in Las Vegas.  It's gonna be fun! 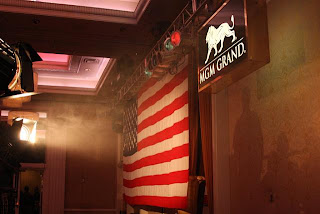 The Mosconi Cup is like the Ryder Cup of pool - USA players against European players.  I was lucky enough to attend this event in Vegas two years ago (the venue swaps from the US to Europe every year) and I had fun watching a live broadcast of a huge pool event.

The made-for-tv room with one 9-foot pool table is surrounded by bleachers full of electric devotees and the audience is pumped up with the casino oxygen (just kidding) and the energy in the room is amazing, with clapping almost every shot, emotions from the players seen at every whisper, and banners showing support for their favorite team.

Just in case the tv camera catches a glimpse of me, I've got my hair done, botoxed my crows feet, tanned my bod, and my nails are finished (oh, who I am kidding - I do this before EVERY trip to Vegas, lol).  The only thing I didn't accomplish is the 5 pounds I wanted to lose, but since I'm going to stuff my face at my favorite buffets anyway, it would have been pointless, lmao.  Trust me, when it comes to good food, I savor it with all my might and take advantage (because life is short and to be enjoyed).  Good food, good friends, good times!

This year, there is a lot of talk on the forums about the USA Captain.  While there are 5 players, there is also a non-playing captain.  The forums are lit up right now with their dislike and shock who was picked.  Not because of his talent, but more so they feel there are better suited captains, mostly because of the character of the newly-appointed Captain.

When I attended in 2009, Nick Varner captained the winning USA team!  It was awesome.  Dennis Hatch was voted in and easily became the most enthusiastic player, played with more heart than I've ever seen, and easily won MVP.  Too bad he wasn't chosen as Captain, or Nick Varner again. 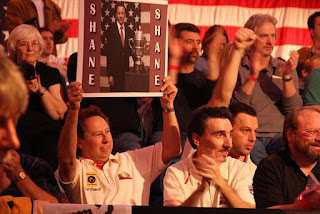 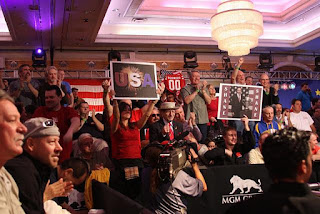 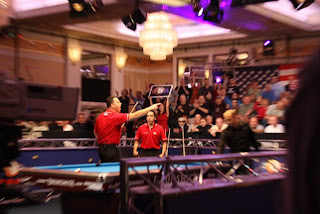 Instead, the new Captain is currently playing in a World Mixed Doubles tournament in China (this week) - as he represents Korea.  Huh?

I personally think that his ties to his business got him voted in (which isn't politically correct, but that's politics, right?).   And that's just my opinion, btw.

Granted, I'm going to cheer on USA because I'm from the USA.  The team is FULL of talent and rock solid.  And I believe can win without a Captain --> Johnny Archer, Shane Van Boeing, Mike Dechaine, Rodney Morris, and Shawn Putnam can get the job done! 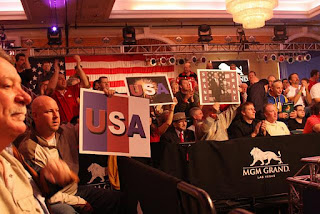 I can only imagine that if pool were as big as basketball / golf /football, that this new Captain would be addressing all the concerns being brought up about him, and possibly step down from "Captain."