The Mosconi Cup was a lot of fun again this year. To see this event in person is awesome! I highly recommend you add this as a must-see to your Bucket List.

Altho the European team outplayed the USA Team this year, it was still an exciting event and a wonderful life experience.

It was held at the MGM in Las Vegas again, like it was in 2009 when I saw it for the first time. This year Amanda and I went and we had a blast seeing friends and watching pool in person being broadcast live on tv! 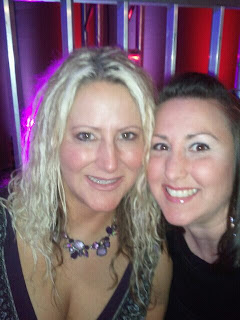 Amanda and I
Here are a few trigger-gems from the event: 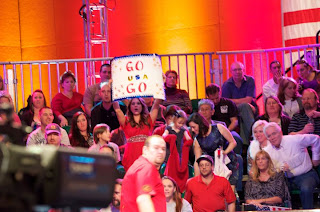 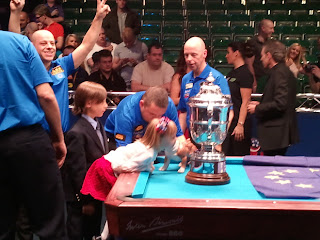 Johnny Lee Archer and LeeAnne Archer at the end of the event. 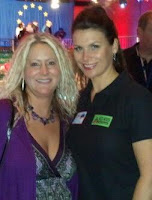 Michaela Tabb and myself. 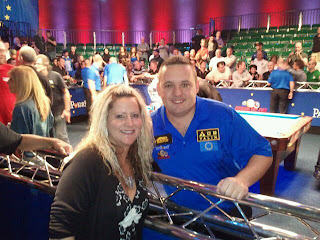 Chris Melling and I 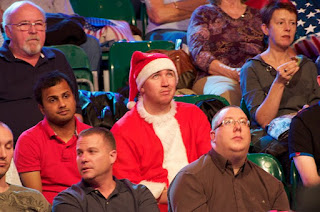 Next year we go back to Europe and then in 2013 back to the USA. Hope it's in Vegas again - maybe I'll get to see it again!   Love running into friends at this event. I had a great time!
Posted by Melinda at 8:02 PM