Press Release Back Fire - There is no I in Team

As I mentioned before the Mosconi Cup, there were several unhappy people that Charlie Williams was the team captain of the USA Team.

I shared with you that I heard during the Mosconi Cup that Charlie was the hardest working USA Team Captain they had ever seen. We all wouldn't know that, because it's behind the scenes, but that's what was told by one of the Matchroom guys.

I thought that was really nice to hear, because I know the USA Team Players felt like Charlie was a good captain, but to hear that other people recognized how hard he worked, truly reinforced it.

Further proof:  you can view a blog about the togetherness at this link (Captain's Log):  http://www.pro9.co.uk/html/article.php?sid=1816&mode=&order=0

But, imagine my surprise at the end of the Mosconi Cup when each team was asked to say a few words.  Captain Williams shocked the whole audience by saying, "...no discredit to the European team, but we really felt we got a little bit worse of the rolls sometimes."

What?  Who in the heck says something like THAT?

You can hear for yourself he got BOO'd from the crowd for saying such a thing (listen about the 7 minute mark):  http://www.youtube.com/watch?v=wL8CYhxa07w&list=UUZVCbGKNydmAIqpRQxKUZsQ&index=5&feature=plpp_video.

BTW, the Europeans had nothing ill to say and ONLY complimented the USA Team.

Captain Williams (finally) complimented the European Team but then tried to remove his foot from his mouth and added "don't take it the wrong way" (about his rolls comment).  But the damage was done.

Barry Berhman (for whatever reason) issued his thoughts on the Mosconi Cup and they were posted on AZB as a headline.  I wondered why he would say anything at all and was quite confused about why he would comment like that anyway?  Then I got miffed when he said, "To my two time U.S. Open Champion, Darren Appleton, you played great again this year. I am very proud of you and especially for being the gentleman and class act you are."

"My U.S. Open Champion?"  Isn't the U.S. Open really a tournament for the players?  I realize you may think I'm playing schematics, but not many people with proper etiquette walk around saying a tournament is theirs.  It's the players tournament.  Sure, he's been running it for years and handles everything, but that wording is SLAP in the face (imo).

Well, evidently his comment and fan comments from forums ruffled the feathers of the USA Team and therefore the USA Members decided to issue a press release.

Yay, a Press Release!  How smart!
/sarcasm off/

The Press Release completely backfired.  If they intended to explain themselves, it only did more harm than good.

So, 9 times "I" was used by the captain in his paragraph.  There is no I in Team.  And like others who are expressing themselves on the forums, I agree it seems to be a Press Release about excuses of why the USA lost.  Maybe they were trying to use the platform as a little sounding board, as most of the team seems a little upset (except for Johnny Archer who gave a great comment).  But, where is the Public Relations person for this team?

Did not one person think about the consequences of how the Press Release was worded?  Or were they too quick to want to (try) to defend themselves?

Even Charlie Sheen fired his Public Relations person... and shouldn't have. 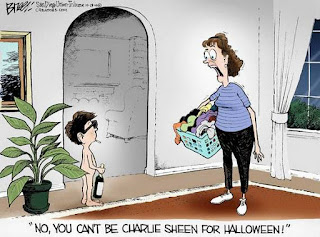 I'm not knocking the Captain's preparation of the team, the togetherness, or the team camaraderie.  But I admit I am disappointed in the speech and the Press Release (from Barry, also).

But, all this gives me something to express my opinion about, huh?  lol.

We all learn from all mistakes.  Just take these things as a learning experience, guy, and things will improve in the future.  Learning isn't a bad thing!
Posted by Melinda at 2:32 PM