Sunday afternoon we played a very good team who should be in the top 5 of our league (if they aren't already).  One of the teammates on this opposing team is the top player in our league.  And we have at least 100 people on this league, so that tells you how good he is (and how often he plays).

I approached him about mid-way through the team match and asked if he went to Vegas.  He said sometimes and I suggested if my boyfriend couldn't go, would he like to play scotch doubles?  He said yes, he would be interested if Plan A didn't work out with me.

Is it obvious I'm picky with my scotch doubles players?  LOL.  I want the best possible players - I wont "settle" in team events, and that includes scotch doubles.

Cases in point: Last year I asked the top player in my other league if he could play with me in Vegas (we got 7th out of 385 teams).  Year before that I played with a pro (placed 13th in the Masters division).  Year before that - my scotch doubles partner and I placed 5th then 4th in consecutive years against about 400 other teams in Vegas!

My boyfriend and I play GREAT together and we do very well as a team.  However, because I'm very competitive, I want a backup plan just in case he can't get off of work and then I wont have anyone good to play with come May in Vegas.

So imagine my surprise when I started to take shots during league (hey, they were having $2 shot specials!) and I missed an 8ball and then a 3-ball out my last two games and the guy comes up to me afterwards and was like, "uh, I dunno now."  lmao!

He was picking on me, but it was pretty dang funny I preferenced my convo to him that I only play with good players and then I dog it!! 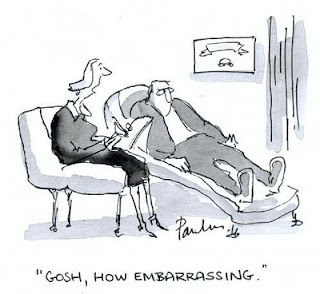 Reminds of me when I was being picky back in 2007 and I had to find an opponent at the last minute.  Someone suggested Royce Bunnell of OB Cues but I didn't know how he played, so I told him I'd have to make him try out.  He laughed and said he would, then I went to play a match and proceeded to dog two 9-balls!

He brings that story up to this day.  (and btw, that was my partner who we scored 5th and 4th scotch doubles places!)  :)
Posted by Melinda at 1:27 PM