I have come to the conclusion that the only way to play my best against The Talker is to try not to listen to him.  How the heck does one do that??  Lol.  The only idea I can think of is to use my headphones when I play against him.

Maybe that will work?

I wanted to get used to how it felt.  Make sure I feel comfortable.  Figure out which hip to hook my ipod; how to finagle the cords to the headphones through my shirt.

Even though I may not play him for months (the next season starts in Jan), I wanted to practice early.

I have always felt a little semi-self-conscious when using headphones.  I feel it "looks" like I need a crutch to win.  When in reality, I don't NEED it to win, but it is legal and may help me focus.  May help me from being distracted. 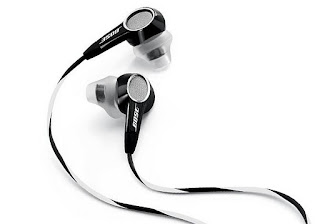 I tried the headphones an entire match against my friend, The Plumber, two Saturdays ago.  I thought I would feel awkward (self conscious) but I was surprised I felt pretty comfortable overall.  I liked listening to the music while I played.  While I'm not sure it helped me focus more, it was relaxing.

He smiled and laughed at the beginning of the match, "what, you don't want me to bother you?"  I no-responded and just laughed as I put the earbuds in my ears.

After the match I explained why I was using the headphones.  He laughed from his belly and shook his head because he's well aware of how much The Talker talks.

I then confided I was a little self conscious about them.  He is a good friend of mine and he shared back, "I think pool is fun. So I don't mind joking around. But if I'm gambling, don't talk to me."

In that moment, I was no longer self conscious.  Pool is fun to me, yes, but I want to be serious when I play my straight pool matches; I want to win.  I'm here to try to grab that first place spot to win the trophy.

(for the record, I have no idea what the trophy looks like.  It could be as tall as my hand span for all I know, lmao).

I wore my headphones again in my very next match, that same day. My new opponent is a fun guy and enjoys the game SO much, even though he doesn't have a lot of "W's" by his name.

Every once in a while he would say something to me non-pool related and I would take one of my earbuds out and turn to him to listen.  He'd then be kinda embarrassed and wave me off (because he realized he forgot I had headphones on), "Oh never mind, never mind.  We'll talk after.  Sorry."

I explained to him after the match why I had them on and he also shook his head and laughed and shared The Talker has upset him in the past, too.

I think it's actually quite ludicrous I'm "testing out" wearing headphones for one person.  But in the same breath, it crossed my mind after those two matches that you know what?  I kinda think I WANT to be known as the player everyone expects to be serious.  I want to be known as the girl who wears headphones because she doesn't want to talk and rather focus on the match.  (Or at least I'll look serious wearing the headphones, lol.)

I tried to wear my headphones for my last 3 matches, but after a while in each of the 3 matches, I wasn't really listening to the music anymore and so eventually I just took off my ipod.

And I admit, I missed being social and talking to my opponent when they might say funny things.  I don't mean the distracting type of convo, but the fun, this-is-what-pool-is-also-about, type of fun, cool convo.

Heck, I don't know what I'll do next season!  Wear my ipod every match.  Don't wear it every match.  Wear it only sometimes?  Ugh.  I dunno, lol.

Well you know that I have the headphone criteria in my straight pool league too. If you make snarky comments, complain too much, chances are I will wear my headphones when I play you.... that really only pertains to a few people but I have noticed that now when I play them and they see I don't wear them for anyone else they get it that they are annoying. :)