So, Did I Accomplish No Tolerating?

On Friday I posted I was going to speak up more and "defend" myself.

Then I went out of town to the OB Cues Ladies Tour Season Finale that night for the weekend.  If you happened to wonder if I had any opportunities to speak up (when otherwise normally I wouldn't), the answer is:  Yes.

Four times I spoke up.  Four times!  When in the past I may not have said anything, this weekend I did.

(pats myself on the back) 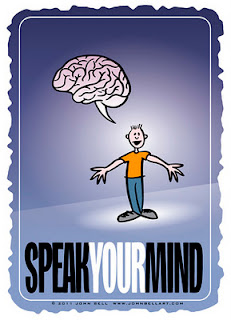 I never felt bad, I never felt guilty (as I said I also wanted to work on).  I was kind, cordial, and simply spoke up because I felt it was necessary for my mental attitude.

I'll share 2 of the 4.  Two seemed "minor," but the two below that I'll share are significant compared to how I would have non-responded in the past:


Situation:
On Saturday afternoon, a member was smoking near my match and she was only practicing on the next table and I asked her to move her cigarette.  This may seem minor, but not one other person was smoking near the matches at this end of the room and so her smoke was very obvious (and bothersome) and I wanted to focus on my match (we are a non-smoking tour).

The Reaction:
She asked me if I was about to play on the table she was about to practice on.  I said no, "but I'm playing right next to you."  She moved her ashtray and cigarette to the other side of the table.

Previously:
I wouldn't have spoke up and instead been perturbed about her smoke which meant I wouldn't be focused on my match. As you can imagine, a smoke-free area all of a sudden "invaded" with a smoker is extremely obvious.

The Reaction:
They said we could continue to play upstairs.  :)

Previously:
I wouldn't have spoke up and been ticked as I played the finals match downstairs on different equipment.  Don't get me wrong - I can adjust quickly to tables, but I still would have been perturbed, which could have taken away focus from playing my best.


It all sounds so silly I know, but I'm proud of defending myself so I could focus on my matches.  Right now I need all the help I can get for my mental mush.  And let's face it - we all DESERVE to have great atmospheres to play our best and focus on the game we all love.  :)
Posted by Melinda at 11:12 AM

Email ThisBlogThis!Share to TwitterShare to FacebookShare to Pinterest
Labels: Personally Me