Well, I somehow managed to fit the rest of my straight pool matches in with hardly any time to do it!

I played my last 5 matches in 4 days.

In the next match, I dilly dallied for too long and let my opponent stay even with me til 65.  I finally told myself I better shape up and pay attention or else I might lose to an opponent I normally beat.  I ran 5, 12, 2 and 13 before finally winning.  He would tell me the next weekend that I embarrassed him.

I laughed and said, "Well, just don't tell that part of the story and give the final score."  lol

On Friday I played Turtle #2 and somehow managed a win 100-79.  He has been playing so good, I was honestly surprised when I beat him.

I only got 3 hours of sleep Friday night and but still had a match scheduled for Saturday at 1pm and could not cancel or postpone b/c I only had one day left to play my other match.  I was so exhausted and I played like it!  But I reminded myself to push through as best I could and I won 100 to 78.  That match took forever!  And I played so badly.  I finally ran 14 and 10 at the end to finish off the set.

And as typical fashion, I didn't get sleep AGAIN that night, lol.  4 hours of sleep and a tough match at 2pm on Sunday.

But I surprised myself!  While a huge APA league was going on around us, I foul on the opening break and I start off -2!  Then my opponent "Tape Measure" runs 17.

How would I handle that?  That's actually quite a bit of pressure.  How would I return?

I get to the table and run 15!  Holy crap!  I was so impressed with myself for not faltering.  And I was playing decent!

I was so happy with my play.  Not only was I making balls, I was playing smart - key ball to key ball and good break out shots.  Watching all these videos is really really helping me.

And then it happens.

I start to not play as smart; start to miss; start to lose the momentum.

I try to forge through it, but I'm also dealing with a guy who is sitting near us making comments.  I lose my focus and am aware I am feeling pressure.  I'm recalling the two matches were I was down by 30 and then came back to win.

I really despise people trying to be funny during my matches. STHU.

I was already ticked at him and seriously considered earlier asking him to move because of the comments under his breath.  And should have asked him to leave 20 balls ago. 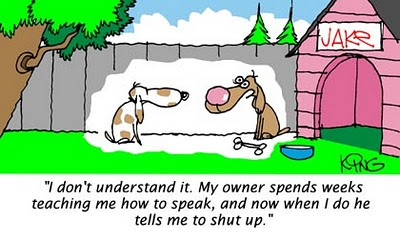 But, I lost because Tape Measure never gave up and I started to miss more.  I couldn't capitalize on his mistakes and wasn't playing as good.  I lost 100-92.  I never gave up, but I definitely gave the match away because I was thinking too much.

But, I still played GREAT at the beginning of the match!  Put a little star by name for that, please  :)