Oooh, I'd Be Pissed

A friend of mine emailed me earlier today and asked me when I was going to arrive at the tourney this week.  I told him, "uh, the tourney was cancelled."

It got me thinking - I wonder how many times this occurs and how many people have been on the receiving end of driving all the way to a tourney and then when they get there, come to find out it was canceled. 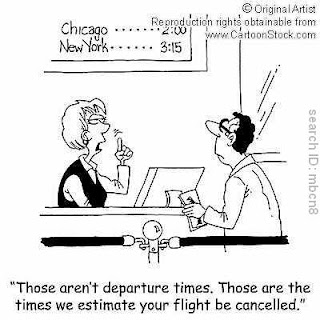 Some events you pay in advance - those are the ones most likely (imho) to be canceled.  But those same events also allow signups on-site... meaning the peeps that decide to pay when they get to the event wouldn't have been notified like I was, because I paid in advance and the event promoter called all the players who had signed up already.

I think I'd be pretty dang pissed if I drove all the way to a tourney, even took days or hours off of work to attend an event, and then when you show up no one is there.  That is a lot of wasted time and energy!

There are some events that guarantee they will still have an event no matter how many players.  Then there are some like this past weekend who only had 9 players show up and they didn't have the event because their "minimum number of players policy" was not met.  I would have been upset if I would have driven all the way down there and that would have happened.

You have to realize in the big state of Texas that it's not a simple little drive to other happenin' cities to go to pool tournaments.  If I was to drive an hour to Dallas and an event was cancelled, I'd only be perturbed.  But driving over 3 hours for nothing would seriously put me in a crappy mood.

Some cancellations can't be helped - lack of participation and lack of players showing up.  But for me, it's more the notification process of canceled events that needs to be better.  Then there'd be less perturbed, ticked-off, pissed players who wasted their time.

Mind you, this isn't commonplace practice here in Texas very often, but the few times it has happened always makes us all scratch our heads and go, "hmmm..."

Btw, last year I planned to go to Reno in August.  I paid my entry, bought my plane ticket, and a few weeks before the event, SLAM.  Event canceled.  Sure, I got notified and my entry fee returned, but I had an unused, paid ticket to Reno that I was out.

Another time about five year ago, my friend Lisa Marr drove from Arkansas to Houston to attend a new ladies tour event but it was cancelled at the last minute.  How was she suppose to know?  Even IF the tour had put something on their website, who goes to the website the day before an event?

Ahhh... the trials and tribulations of cancelled tournaments. 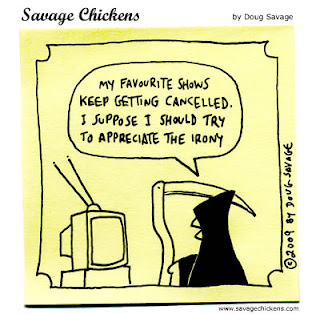