The Joys Of Winning

My Monday night league team (Sofa Kings) had our league playoffs this past weekend.

Here is our team pic after the win! 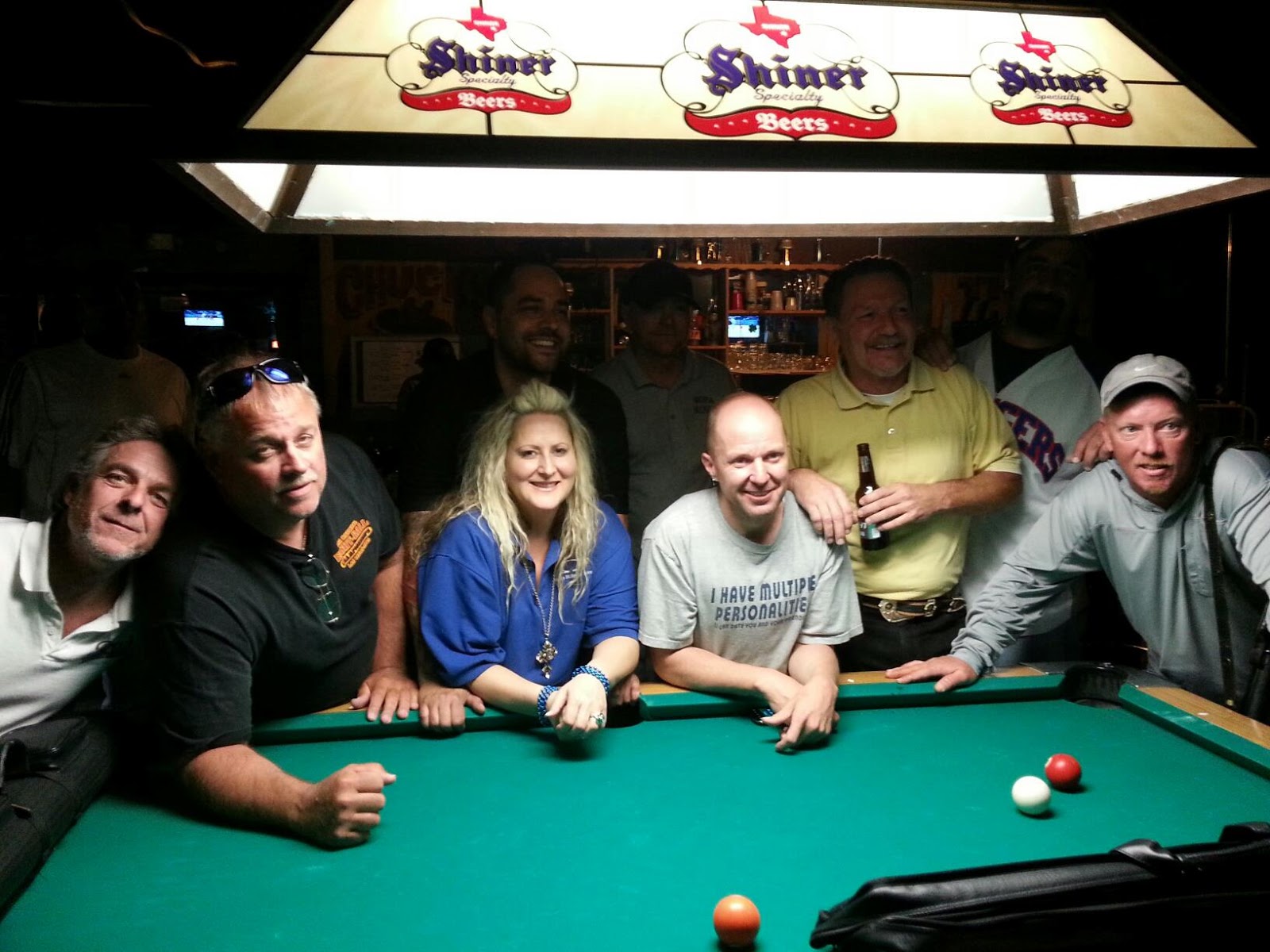 Last year in this league, the team got double dipped in the finals.

This year, I'm a team member because my boyfriend and I needed to play in the same league for us to qualify for BCAPL Scotch Doubles (State and Nationals)

We played the exact same team in the finals this year!

However, we double dipped THEM :)

But, we managed to win three pressure-filled games in a row to win the league play offs 13-12!!  What a comeback (or roller coaster, depending on how you look at it, lol)

Woo-Hoo :)  That's two playoffs in a row I've been a team member on and we won!  (First was in Oct for my Women's League and now this one). 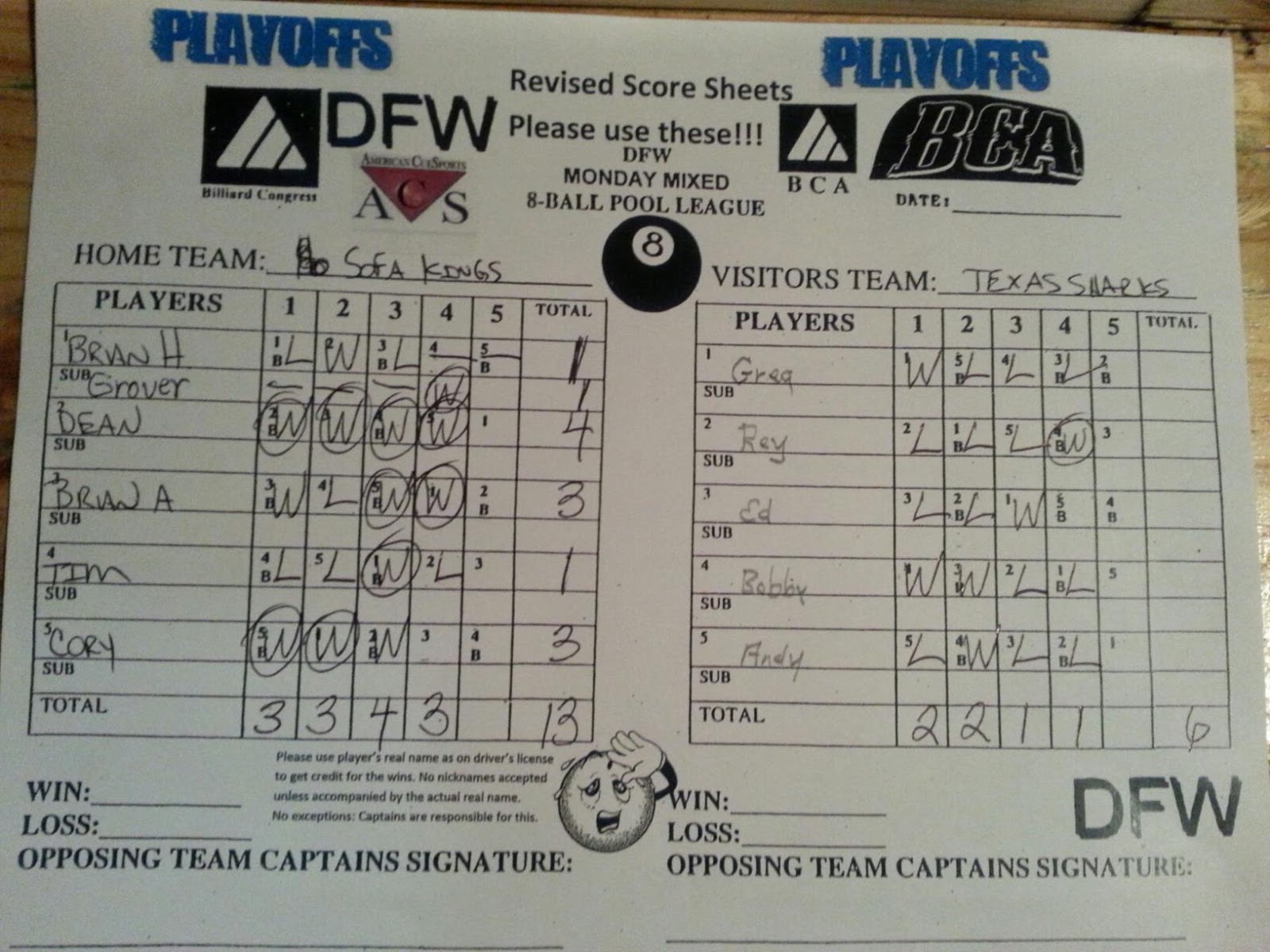 CONGRATS to our team! So proud of the way we held it together through the ups and downs!