Why Say Something At All?

I realize Men are from Mars and Women are from Venus, but I still don't get how guys can so easily offer their opinions at the wrong times.

I was always amazed after a guy shot bad in a tournament his guy friend could easily tell him, "Dude, you shot bad."

If a guy (or girl) told me that, I'd be crying in the bathroom or snapping back at them (depending on when this occurred in life - in my younger days, crying).

Because I didn't hear a response from that male player that played bad in that tourney, maybe I'm wrongly assuming he didn't care what his male friend told him.  Maybe he really DID care and WAS ticked, but just didn't reply to his friend.

So, my assumption could be wrong on how I TOOK his non-reaction.

However, my assumption is not wrong about women offering negative opinions.  You wont hear a female tell a girlfriend, "gosh, you played terrible!"

It just doesn't happen.  At least not in my experience.

Granted, most people are taught "if you don't have anything nice to say, don't say it at all."

But I'm beginning to realize it just doesn't work that way in sports, or competition, and esp with males. 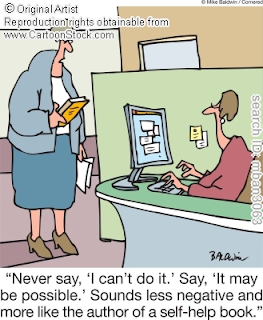 When a guy at the pool room is about to match up against another guy, people not associated with the match have something to say.  And they (for what-ever-damn reason) say it.  They will come right out and state, "you shouldn't beat this guy."  Or, "you aren't suppose to win."

Has anyone heard of leadership courses?  Does anyone else know the worst thing to do is to tell someone such a negative thing like that right before they are about to play?

Now, maybe you are thinking, "hey, calm down, maybe they are just trying to offer 'advice' that they shouldn't play that opponent for money"  I can understand why you would think that.  BUT - the games were already set; the players were already gonna play.  It wasn't negotiation time; it was GO time.

Instead of pumping them up, it just puts doubt in their head!  They question themselves the entire set(s).

Why do guys do this unprovoked?  Why would anyone offer their opinion when it's so negative and only hurts the situation?

I can understand the sweaters talking among themselves.  They will anyway.  I can understand if someone asks you what you think about the game or their opponent.  But I'm seeing more and more guys just spouting off their negative opinions about their friends' opponents when they are about to gamble.

We are talking about potentially losing/winning $500 a session here.  So, pump up your friends, or simply keep your damn mouth shut and stay out of it.

I have to admit a few very rare times a guy has said positive comments.  You should beat this guy" Or "You are suppose to win."  So, i have faith in the male species!  lol.  :-)  But why when money is on the line in a gambling match (or even in a tourney) why offer negative comments at all?  Seriously?  If it's gonna be a negative comment, then don't say anything unless asked.

Maybe I'm just around leadership courses too much so I don't understand.  Maybe it's because at my work I cannot send out one crappy or negative email and have to show professionalism at all times no matter how ticked I might be at someone else's crass email.  Or maybe it's because I watch my tongue and don't hurt other people's feelings.  If I have to say something negative, I try to very carefully word any ill advice (in all aspects of my life).  Aren't others this way?  Evidently not.

Men really are from Mars.

(Unwelcomed) negative reinforcement is described well by this AWESOME story by one of my favorite psychology and sports psychology authors, Denis Waitley, in The Psychology of Winning:

The manager walks out of the dugout to give Warren Spahn, the great pitcher, some encouraging motivating advice.    “Don’t give him a high outside pitch, he’ll knock it out of the park,” said the manager.  And walked back to the dugout.

Warren Spahn said to himself, “why did he have to say it to me in that way.”  Let’s see, “don’t give him a high outside pitch.”  “The reverse of that is…” too late.  Like a neon sign, high and outside came as the dominant message.  Out of the park went the ball.  A 3-run homer.

Because of that one dominant thought Milwaukee almost lost the World Series.  But Eddie Mathews came in with a home run to save the game and the series for the Braves.  Warren Spahn, to this day says, “why would anyone ever try to motivate anyone with the reverse of what they want?”

And so it is, with all of life’s confrontations.  You tell your children, “clean up your room, you little pigs.”  And what do you get?  You’re right, you get a pigsty.  And the kids say, “oink oink.”  Remind them enough, and they know who they are.

That’s like motivating and office staff by saying, “firings will continue until morale improves.”  You know, it just won’t work.

I know many series for the coaches who unwittingly set up their players for losing performances every day.  Here’s an example and basketball.  “Missing free throws is what loses big games, team,” yells the coach.  “You’re all going to stay late during practice and shoot free throws until you stop missing them so often.”  While the winning coach would take advantage of the positive motivation opportunity by saying, “teams with high free-throw averages win ballgames.”  “I want you to put an extra 15 minutes a day making your free throws in practice, so that when we get them during next week’s game, we’ll make all we can, and will win the game.”

You see, this is the right way to motivate.

I run into the same thing playing golf. Instead of someone saying, "You want to hit it to the right side of the fairway on this hole", they say, "Whatever you do, don't hit it left."

Exactly, Mark! I completely agree with ya.

Ugh, frustrating, Spanks! Thanks for the comments! :)

I am so glad you wrote this! It helps explain why I got upset last Thursday night at league.
The other team put up a new guy on their roster, I didn't know him well but I knew that he was much better than me. When I asked what the race was going to be I was told it was an equal race. In the same breath, my team captain (who is also the LO) looked at his rating and said "oh they brought him in as a 60, I would have brought him in as a 70!" (this would have been like telling somebody in APA that they were about to play is a 5 but really should have been a 7!)I know that ratings shouldn't be a major concern, but it really bothered me throughout the entire match and I didn't win a single game.

One of the things that I couldn't stop thinking about during the entire match is that he let the team under-rate this guy and he had no say in it at all. If he had not said anything at all before our match, I probably could have had a chance to beat the guy because he wasn't really playing that well!

This is a very good article! I think sometimes things are taken in a different way than was originally intended. I know I have said things without really thinking about how it sounded. As I have gotten older I have became better at thinking before I speak.
Asking a friend of mine if she was pregnant when she had just put on a few pounds taught me a valuable lesson!