I haven't been playing good pool the last couple of months.  I have been missing shots, thinking too much while down on my shots, and I am not finishing my runouts.

It finally came to a head a few weeks ago: I finally got frustrated.

Why can't I get out?

What the heck is going on with me?

I guessed that maybe it was my concentration.  "My lack of competition in big events has led me to not be as focused as I used to be," I told myself.

So, I tried to focus better at my next weekly tourney.

Have you ever tried hard to focus? It's makes it worse, lol!

Then the following weekend I had to play my boyfriend in one of the weekly tourneys.  I only missed three times, but he got out those three times and I lost 4-1.  Afterwards I asked him about my game.

"Well, you haven't been playing enough and also not practicing.  When we come to the tourney you don't always play in it, but more so you aren't hitting balls before hand or any other time."

I didn't reply, I just kinda sat there, taking in his words.

I won my next match on the one-loss side before getting put out of the tourney.  Then I practiced one pocket with one of my friends while my boyfriend continued his trek in the tourney.

I noticed a HUGE difference after our chat! Instead of worrying about focusing hard on trying to focus (lol), which I thought was my problem, I simply accepted the fact that yes, I hadn't been practicing or hitting enough balls.

A huge weight was lifted off my shoulders to realize the real reason for my lack of good play lately.  I accepted the fact and then was able to play better without worries.  I know this doesn't make sense at all, but to realize it wasn't my mechanics or focus, allowed me to be more at ease with simply playing pool and getting some quality time on the pool table.

I played super good one pocket, too, that night after the chat.

The next weekend we play in the Saturday night tourney and although I still missed a few key balls, I still played a little better and again practiced one pocket.

Then something amazing happened on Sunday night.  At the last minute we decide to go to the Sunday night tourney and we practice one pocket for an hour before.  My b/f even joked with me "you need to practice anyway" when we discussed about going or not.

I played SO DANG good in the tourney!  I was playing smart, staying down, seeing the runs (and getting out!), FEELING my body cueing smoothly... ahhh, wow!  It felt so good!

Everyone was commenting to me about my good play.  I just smiled and said thanks when they said, "you are playing really well" or "nice out."  :)

The very next night I played my first straight pool match of the season.  I was stoked to see how I would do because I had JUST played SO well!

I only had spurts of the previous night, and I missed way too many balls!  :(

I played smart straight pool (extremely happy about that) but I am super disappointed I started the season off with a loss due to the fact I missed way too many balls.  I lost only 97-100, too.  I could have easily ran over him if I had played most of the match like the previous night.  ;( 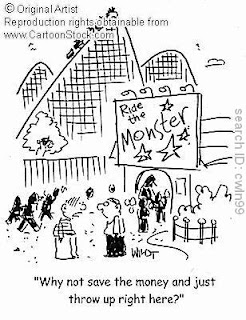 Email ThisBlogThis!Share to TwitterShare to FacebookShare to Pinterest
Labels: Personally Me, Straight Pool