His topic:  Advice to older players who are taking up the game or coming back to it after a long hiatus. (This is a request he received from a friend who is retired, which I thought was really cool.)

So, what does one do in these situations?  Yep, they punt!  Or to keep it pool related, they give back the push out.

I wanted to ask my oldest pool player friend, Fred, and capture him on video.  He ventures into my previous pool room throughout the week and either sits and watches one pocket for a couple of hours or sometimes plays a game of one pocket himself.  At 88 years old, he's pretty impressive still!  I had my spies text me when he showed up to the pool room finally over the weekend, but it was too early for this "need-more-rest-at-my-age-now" girl and I wasn't able to interview him for you.  :( 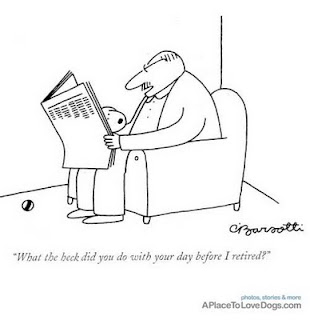 So, instead of asking Fred via video, I went to my new pool room later that night for a tourney and asked three retired pool players what advice they had to offer.  Of course, at first they were offended I asked them.  "What are you saying, we are old?" one quips at me.

Yea, I was lucky to get any answers from them at all, lol.

But, they obliged and wanted to help out PoolBum's friend.

I asked Dennis first.  Dennis is a straight shooter and plays in the weekly tourneys and also the straight pool league (he's in the highest division - he's a strong player).  He's also a vet and a retired American Airlines pilot.

Dennis suggested for the older players who are taking up the game or coming back to it after a long hiatus, to practice.  He also suggested to watch pool videos.  He went on to suggest the player should join a league - it will get them around others and they will have some success in a league.  Dennis reminded me that some leagues offer free pool to league players, so that's an added bonus.  Finally, Dennis offered they play at senior citizen centers - they also have free pool and they would be "shooting the shit" with other old timers there as they played together.

Next, I asked Lowell.  I happen to want to interview Lowell some day for my blog.  Lowell used to play pool more but now he's focused on shuffle board.  He found out one night he has mad, mad shuffle board skills!  He now sticks to their weekly tournaments to earn extra cash, instead of the pool weekly tourneys.  Lowell is retired, like Dennis.  Lowell is also the famous painter you would see on PBS on Saturday and Sunday mornings!  Yep, THAT guy.

Lowell said it's important to build confidence so he suggested to "practice by yourself to regenerate old skills that you had before."  He also suggested to get involved with a league, "and more than one a week" he added.  Finally, Lowell wants to remind the player not to get discouraged in the beginning; have patience.

The third person I sought advice from was Ed.  Ed runs the weekly tournaments at the new pool room that I hang out at, and he is there religiously on Friday, Saturday, and Sunday nights to run them.  He runs them well, too!  Ed talks about his grandchildren, but I admit I am not sure what he is retired from.  But, he's an extremely nice guy with a great, fun attitude.

Ed suggested the player should "play by yourself at first to get your stroke back."  Next, he advised they should play people above their skill level against someone who is patient and cordial, so the retiree can ease back into the game.  I asked Ed to explain why he suggested the player play someone above their skill level and he said it would make them progress and it would "keep them interested isntead of bored" because it gives them goals.  Finally, Ed suggested to play in lots of tournaments to get their confidence back.

After I heard all the advice from these fine players, I admit I was surprised that their advice would be right along the lines what I would tell a new payer to the game.  I guess I could have offered advice after all!

I want to thank Ed, Lowell, and Dennis for taking the time out to help my article which will in turn help PoolBum's retired friend! (and hopefully many others who are in this same situation!)
Posted by Melinda at 8:55 AM

PoolBum in the Philippines said...

Fine job and a nice angle of asking older players. The added plus is the that the advice seems on the money! Thanks.

PoolBum in the Philippines said...

Nice post with a creative angle of reaching out to older players. A big plus is that the advice seems on the money! Thanks

Very creative article. I never thought about interviewing someone. At least they are still speaking to you! :-)