Vegas is interesting every time I go.  Besides being my favorite city, it's the one place you are most often going to run into a celebrity.  Sure enough, this year was no exception.  However, I ran into more celebrities this year than any other year that I can remember.

The first person I ran into was in the Riv casino.  Ashley is sitting near me as I play the table game Let It Ride and all of a sudden she says, "Hey, see that guy over there?"

We rush to the roulette table and he graciously takes a pic with us: 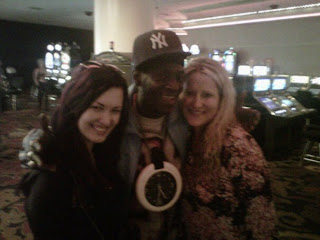 I also mention Flava in this VLOG with Ashley:


Then a couple of days later I am filming another VLOG to show the walk to the convention center where the tourney room is, and I see Gallagher.  I say on the video, "is that really him?"


After I finished filming, I went back and took a pic with him. 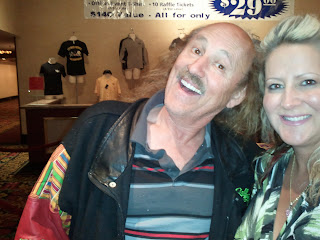 Then I am at the Peppermill Restaurant celebrating our awesome 7th place finish with my teammates and the drink girl points out that Holly Madison is walking in.   Holly Feakin' Madison!!  OMG!  I love her.  :)  So, I told her I was a big fan and took this crappy pic because the lighting was bad.  Still, Holly Madison! 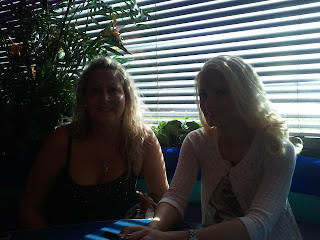 And my fourth celebrity sighting was the all famous Ronnie Allen.  Ronnie Allen is of course known as one of the best players in the country.  At 72 (or did he say he was 73?), he's still a champion player who was winning one pocket at $2,000 and $3,000 A GAME just the previous day and the next day that I saw him in Vegas!  He is a great friend of mine and he loves me.  :)

Here I am with the famous Ronnie: 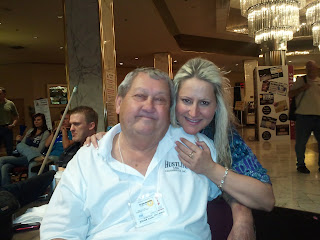