Last night I watched two guys gambling it out intensely for over 3 hours.  It was toward closing time of the pool room and the adrenaline's were racing, pressure was obvious, emotions were high.  Race to 7 for $300 was the last set.  That meant one guy would go home with $600 or they would break even, so a lot was on the line.

Each guy made some critical errors, but they also came with nice shots.  Both players had their pride on the line (and the cash burning in their pockets).

About 2am, the overhead bright lights come on to let the patrons know it was closing time.  Most people in the pool room leave - the shuffle board players, the weekend warriors, the Norm Peterson's at the bar, etc..  I stay to watch the match, along with the girlfriend of one of the gamblers, and also one mutual friend of ours.

Then something stupid happens that annoys me.

A drunk girl comes over to say hi/bye to everyone.  I don't mind drunk girls - some of them can be pretty funny.  But this one spouted off inappropriate comments during their match and it ticked me off.

Picture the scene - emotions running high, running out of time, money on the line, pressure to win, they are barking at each other, etc.  The score is tied 5-5 and this girl comes over and starts making fun of one the guys.  Evidently she knows the guy (I'll call him Stretch), so I guess she feels comfortable to talk $hit about him (or she's too drunk to care).

She notices that Stretch makes funny faces before he shoots.  He takes his time when he's down on a ball, so it's more noticeable that he moves his mouth a lot - while he looks back and forth at the ball/ pocket/ cueball, he opens his mouth, closes it, sticks his tongue out, closes his mouth, opens it, etc. until he shoots.  It really is a sight to see and I myself have made comments to a friend about it.  BUT - this girl?  She states it OUT LOUD.... TO him, in front of everyone there, WHILE he's shooting in this gambling match, WHILE down on his shots.

I felt so bad for guy to have to fade her crap while he was obviously very emotional because he was the underdog, playing badly, and losing.  I honestly don't know how he didn't snap at her to tell her to shut up. 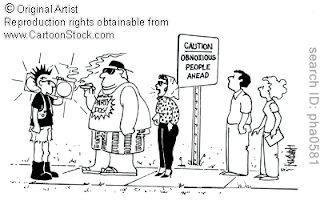 Stupid drunk people who have no clue should never be allowed near a gambling match. imo.

Stretch and the other guy ended up breaking even.

They'll play again - hopefully without her around, tho.  lol.
Posted by Melinda at 11:19 AM

Email ThisBlogThis!Share to TwitterShare to FacebookShare to Pinterest
Labels: Different and/or Interesting, Stories