Where Everybody Doesn't Know Your Name

One of the coolest things I experienced in a long time playing in the OKC tournament last weekend was I only knew one single other player in the tournament!

Talk about fun!  That was SO cool and relaxing.  And less pressure, too.

But since this was a tournament for players rated 575 or below in the Fargo Ratings, I didn't know many of the players there since it was out of state and not open to the top players who normally roll in to steal the show.

So this tourney was completely different and a joy to play in because of the atmosphere.  It was so relaxing and refreshing to play somewhere where no one knew me and I didn't know them.  I could focus on my game, not on the expectations of others.  Nor did I have any predictions of my opponents as I had no idea who they were or how they played lol. 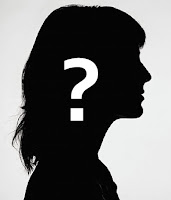 Sure, there were some whispers that Tina and I heard: "the Texas girls" or "they came all the way from Texas to play."  But it was nothing like the accolades (while flattering) I hear in Texas tournaments or national events that can be a added pressure if one doesn't hone it all in.

I'm not trying to brag, I promise.  But I think it's important to share that a lot of players (no matter the sport) who have had success are very aware that success can actually sometimes add pressure.

So, I guess my point is it was a really treat to be able to focus all my attention on playing good pool.