Danielson had his first tournament of the year a week or so ago.  How did it go you ask?  Not very good, lol.

I like that sometimes he doesn't do well (hear me out first, lol!) because his tough losses make for great learning experiences for you all as well.

This one is quite interesting, as I'm sure you will agree and I hope you learn from it too.

I was watching the Breaking Bad marathon on Saturday night a couple of weekends ago (they are showing all 10 seasons on weekends the whole month of January and I've never seen the highly-recommended show before).  But, I also noticed that Danielson was on the live stream of the tournament he was playing in.  I opened it up on my phone and watched only a couple of games of his, as my mind was really on the meth-making story on tv lol.

What I noticed was Danielson wasn't playing like himself.  He was shooting much faster than he normally does, didn't seem engaged at all, and was missing shots he normally doesn't miss.  He just didn't seem himself.  I even joked between commercials, "Who is this person and what did you do with Danielson?"  lol

Later on the week, I asked him how his tourney went and he said it was a fiasco.  He didn't win one match and played badly.

And then I found out why:

He said he only did one thing different to prepare himself for the tourney:  "I watched a lot of pool matches the week before and I think I might have unconsciously tried putting things into my routine."

I shared I thought he didn't play the same - shot too fast for sure.  He said, "Yea, I didn't play my normal pace and caught myself shooting shots differently than I normally would."

Although this was a tough weekend for him, he (and you all!) get to learn from it.

Here's the gist:  It's actually really helpful to watch great pool matches, but you need to be careful what you see and pick up.  Mostly watch the position play and outs.  If you accidentally watch the player too much, you will start to mimic their habits.  And let's face it, not all habits are good lol.

When I used to watch my friend June Hager Walter a lot in the 1990s, I noticed I'd all of a sudden be walking around the table like her and gained her mannerisms.  And of course, the top players I watched most often on the Omega Tour all those Sundays had nice, smooth strokes; nothing rushed and nothing fast. That's who/what I was mimicking the last several years and that's why my game soared.

Sure, imitation is the sincerest form of flattery, yes, but only if it's positive.

I have no idea who Danielson watched, but I can already tell you the player shot fast.  Some of us can be that fast shooter, but if we are the type of player that takes our time (like Danielson) and that works well for us (works REALLY well for me), then accidentally mimicking a fast shooter can be disastrous for our game.

Good luck, peeps!  Focus on the game, not the player. 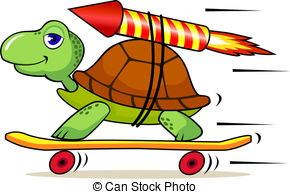 Email ThisBlogThis!Share to TwitterShare to FacebookShare to Pinterest
Labels: The Danielson Series, Tips