How Do You Know Me?

I played in a scotch doubles tournament on New Years Day.

My "regular" partner, Marty, was out of town so I had to find a new partner.  His name was Jesse and he and his girlfriend were kind enough to spend the afternoon with me playing pool.  Jesse and I played real well together and placed 3rd, even at 12:30am in the morning.  YAWN.  And that's after starting the tourney at about 2pm!

There were 20 teams and they had a calcutta.

His reply was, "Melinda."

First of all, I have a partner.  It's not just "Melinda."

Secondly, I had no idea who this guy was!

I asked a few people his name.  Checked to see if maybe we were friends on FB, and that's how he knows me.  Nope, we weren't.  But, he knew me, and bid on me (us).  How did he know I played good pool?  I'm saying it like "that" because he didn't say "Jesse and Melinda."  He just said my name.

And if we were friends on FB I would understand how he knows me, but we weren't so....?

It's really weird to me when people know who I am and yet I don't know who they are.

Unfortunately, we didn't make him any money (only got $90 for 3rd place calcutta money), but he sweated our matches most of the day - but it really did get late and when we got our money at 12:30am, he wasn't around anymore so the tourney director kept his half for him.

I wish we would have won it!

Here is my friend Tammy at the table, contemplating her shot: 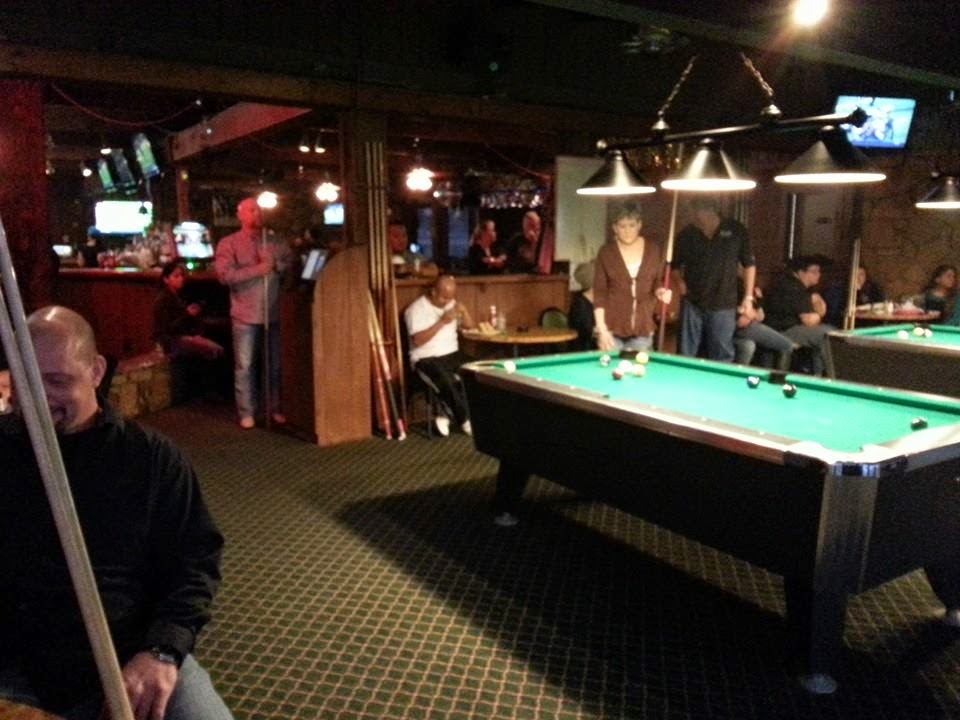