I have kinda alluded before I feel my niche in the pool world is not to just be an ambassador of the sport, or a representative of the sport, but also to help others.

I wrote how I decided not to play on my last-season's ladies team.  I had several reasons, which all made sense to me, lol.

As I did that, I found myself being approached by another team.

My goal was to not play at all, but the captain said they could really use some guidance and help from me.  I was flattered!

Then it dawned me - this is something I LOVE to do.  Help people.

So, I thought maybe it would be the perfect fit because among other things, they wouldn't need me to play every single Thursday (which was a plus) and their home bar (it's a traveling league) is the closest pool room to my house.

I wasn't really sure if I really would give advice or help or whatever.  Would they really want advice/help from me?

I went to one of the matches on this new team about two weeks ago and right off the bat, during the first practice game I saw something that I could point out that might help my teammate.

But I felt REALLY weird saying something.  So, just sat there.  And watched.

In the middle of the match, my captain says, "She really wants to learn," pointing to one of our teammates

"Really, because I saw something earlier but was afraid to interrupt and speak up."

"Well, tell her at the end of our matches, after we are done, show her, she will love it!"

Then, at another point, another teammate says, "I put right on that bank was that correct?"

I told her she'd have to set it up after we are done because I was thinking of a dif shot she shot.

So, I talked to both players after all our matches were over with.

We talked about the one shot I saw during practice, and she explained why she banked her ball to make it, and I explained why to leave it as a break out ball since she had only one ball left.

And then other teammate, we went over the bank shot with right, center, and left English and why the ball widened or not.

I was pretty stoked to help my teammates!

I played the very next Thursday and afterwards, they had a couple of questions for me about shots.

I get such a feeling of euphoria when I talk about pool and options and learning and teaching!!

It's been so cool to help them improve.

I love the game so much and loved helping my teammates.  It felt wonderful - so that they can improve with the game they love as well. 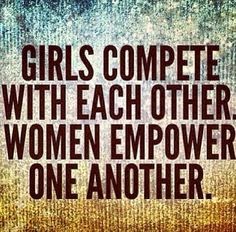