My Future in Women's Teams

In May 2012, my women's team, How's my Rack, went undefeated to win the ladies open team event at the BCAPL Nationals!  It was BAD-ASS!

It was my first National title win and with a great group of very talented women! 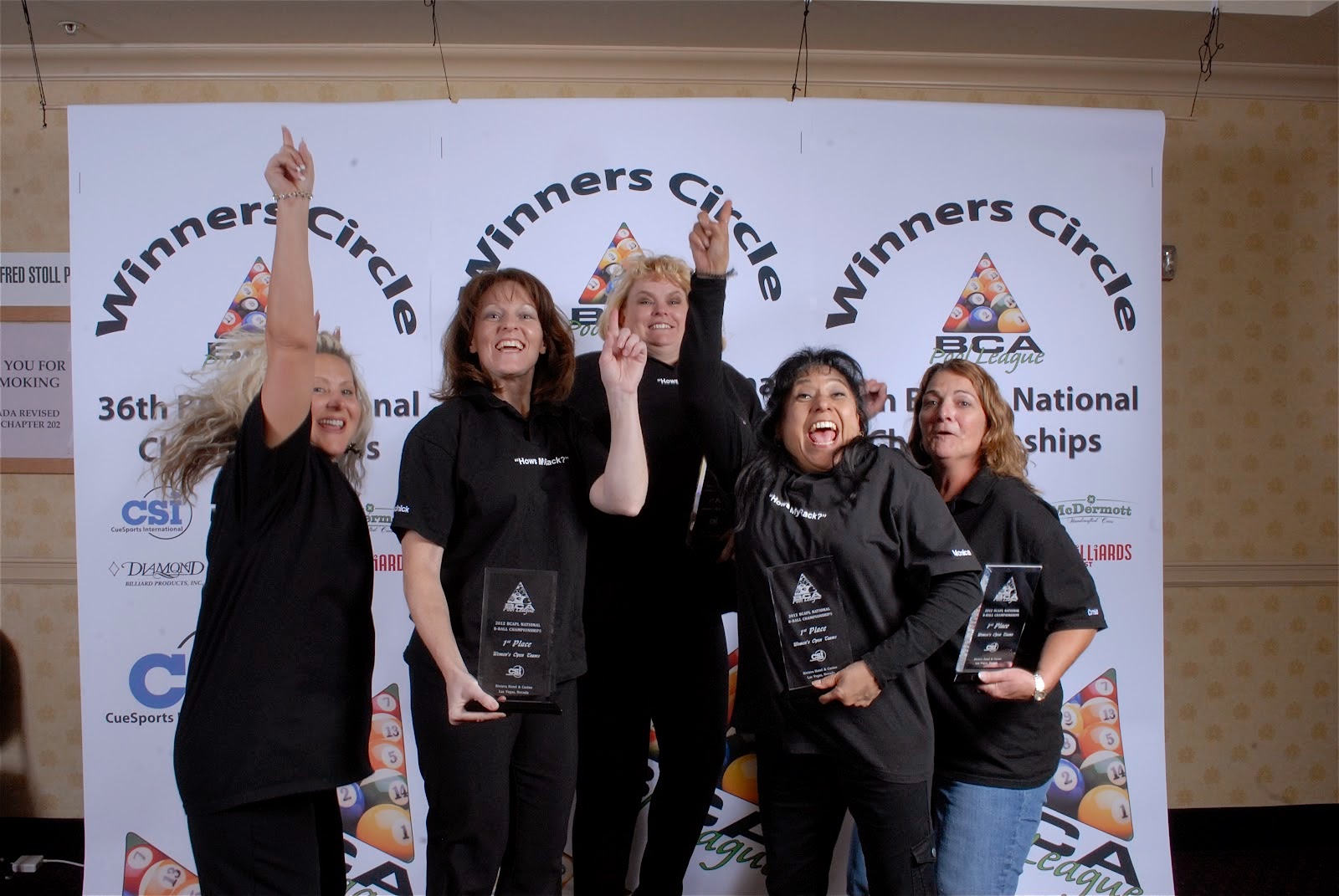 Me, Jennifer, Lisa, Monica, and Connie

It was a wonderful, amazing experience.  And since I won the case game, it was even more thrilling for me personally.  :)  (Re-watching the video makes me tear up even today!)

With BCAPL, you can only have 2 original players to be able to play in the Women's Open Team Division (since we placed so high that year), so Lisa and I decided to be those 2 original members. 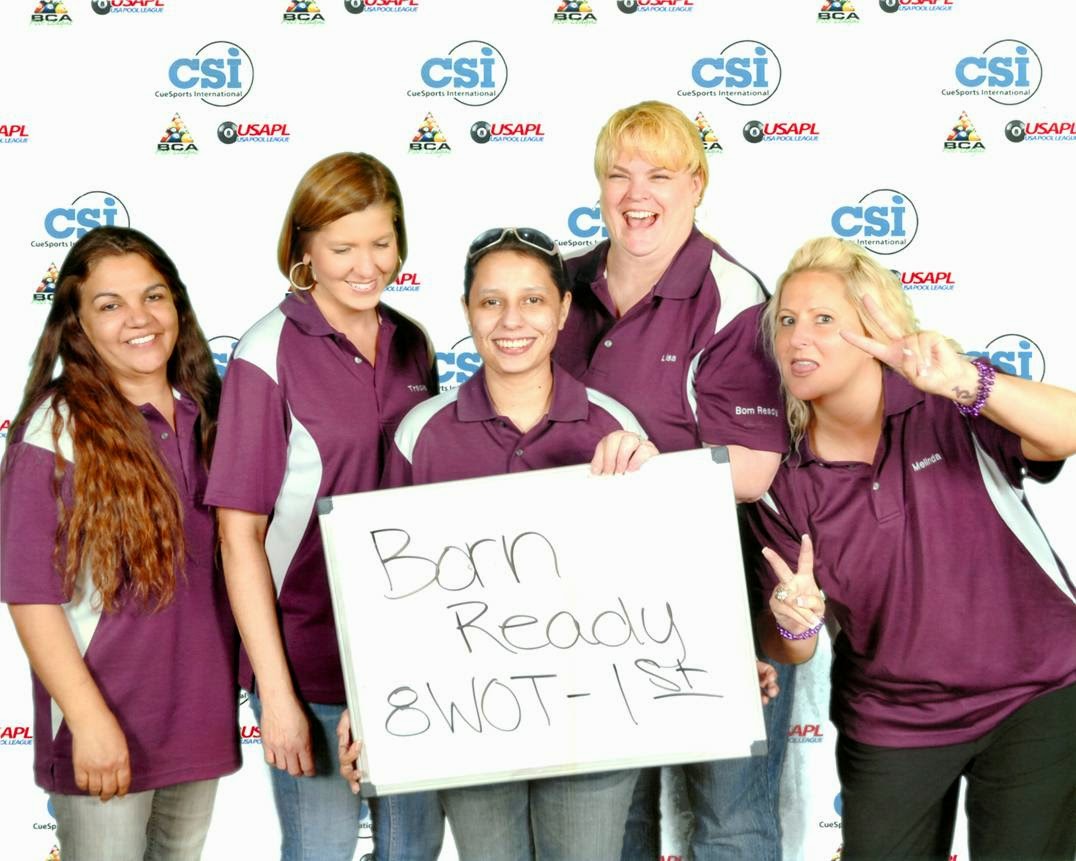 Maria, Tracie, Nina, Lisa, and Me

During this tournament we heard some "rumblings" about Lisa and I being on a team together.  Why?  We were always told you could have two original members, but for some reason people still complained.

So, after we won, a couple of months later, I called the BCAPL to talk to them.

You see, when you place 1-3 in the team events, BCAPL automatically moves EVERY team member to Advanced status.  Yikes!  So, just like the previous year, I called BCAPL and talked to them about moving us all back down to "Open" players.  They asked how we did in singles and not one of us placed well in singles to even be moved up.  I always joked we can only do well with others, lol.

So, they moved us all back down to Open players.

However, they told me I could not play in the Open Women's Team event anymore (nor Lisa).  They got too many complaints, and since Lisa and I won again, we especially can't play together.

That simply means we could play together in the Master/Advanced women's team event, but both Lisa and I do not want to do that quite yet.  Her and I have decided to just not play BCAPL teams at Nationals this year ( and prolly next ).

My biggest concern has ALWAYS been I have wanted to stay as an Open player so I can play Open Scotch Doubles and Open Women's Singles 8-ball.  I always wanted a chance to do well in those divisions, and if I got moved up from the team event, I would never have a chance again.  But, they moved us all down and so I was able to play in the Open last year and also this year.

I speak to BCAPL throughout the year on other issues, and they always bring up about my team play, lol.  They say, "ya know..."

"Yes, I know.  But..."  I always asked, "I can still play in the open singles and doubles right?" (because I haven't done well in either divisions as an Open player recently).

I don't know how to express that to be given a chance in the Open is something all players want.  I recall June Hager was put in the Masters division the first year she played and she always got upset that she never had even played in the Open.  And another friend is currently upset because he is being moved into the Advanced Division and yet he never placed well in the Open 8 ball singles (just 9ball singles).  So, it's not just me.  It's all pool players, really.  We want a shot in the Open.

So, imagine my surprise when my new women's team, "All Mixed Up," literally had just made the last two 8-balls to seal our ACS Nationals 8-Ball Women's Team win in Vegas in May and I turn around and there is the guy I always talk to at BCAPL headquarters, watching us celebrate and hug and high-five!

I exclaimed, "This is an entirely new, dif team!"

Here is our "All Mixed Up" pic from our 8-ball National Championships win:  (btw, we won the 9-ball women's team event, also!) 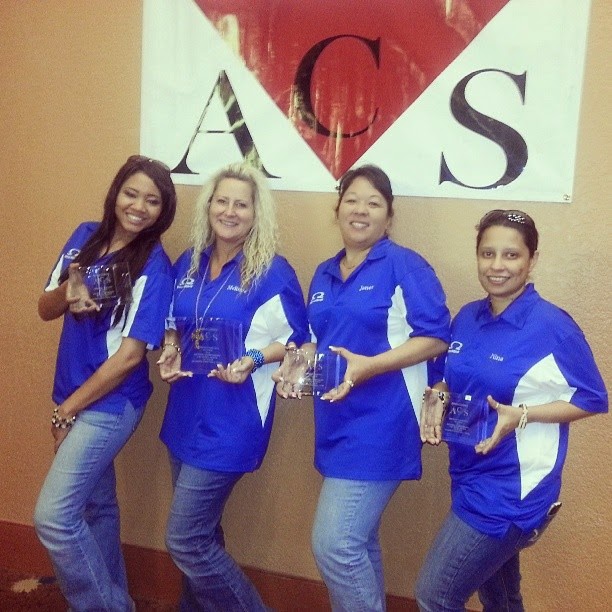 I then asked what I always do, "I can still play in the Open in July right?"

He says, "In the singles, not teams."

"Yes, I know.  And what about Scotch Doubles?"

He says, "Who's your partner?"

He tells me, "his name sounds familiar."

OH SHIT, lol.  But he said we could play in the Open, and was trying to make me nervous and be funny.  WHEW.

The same team that won at ACS Nationals also played together at BCAPL Texas State in April (along with Jennifer from the How's My Rack team) and I heard there were rumblings about THAT team as well.  Sheesh. I don't understand.  No one is Advanced (even though one Advanced player is allowed) and the Texas State tourney doesn't event follow the same rules as Nationals (even if they did, Lisa and I didn't play together in April).

Anyway, it's all part of the what comes when Open teams place well, I suppose.