My first straight pool match of this season (Spring session) was quite interesting.  Let's see if I can keep it a short blog entry, lol.

I need to play four matches a month, and had my first match Jan 17th (I know, I'm starting late).  My first opponent of the season had already defeated the top player in our league division (which races to 100).  So, I was already apprehensive about playing this guy.

Luckily, my friend Brian convinced me to play in an eight ball tournament the night before at the same pool room, which allowed me to get some good, quality time on the sames tables I would be playing my straight pool match on.

However, so many little, crazy things were bothersome before the match even started!

I received a text from my opponent about noon (our match was scheduled at 330pm) that said, "in the interest of fair play you should wear some baggy sweats and have curlers in your hair."  Then he added in a follow up text, "So I wont be distracted."

I contemplated my response and finally replied, "Whatever, I hear you are playing good.  You already beat Danny."

He replied about an hour later, "Whatever yourself.  Maybe a burka."

Can you also see what happened here?  Yes, he might have been joking and playing, but I *could* have used his verbal pre-match fodder as an excuse if I did not win because I *could* have taken his words as a shark tactic.  However, did you notice I kinda sharked him back?  I mentioned he beat the top player.  That's tough for many folks to fade, actually.  That could get to his head, too.

Anyway, I didn't respond to his last text.

Instead, I watched a straight pool match on DVD.  My Mom's satellite receiver went out and therefore I gave her mine from upstairs.  Since I had no tv to watch, I took advantage and watched Mike Sigel run "150 and out" against Mike Zuglan, commented by Grady Mathews and the late, great Beenie Weenie.

What a treat that was!  I ate my lunch, watched some good 14.1 play, listened to some great commentating, and tried to absorbed what I witnessed on the screen.  Ironically, this is the EXACT match ESPN Magazine mentions as a "perfect record" (which I gathered stats for that issue). Since this was the first time I watched this DVD, I didn't realize this until the end of the DVD when Mike ran the entire 150 for the match, lol.  This was the 1992 US Open Championship.

I then take a quick shower but I am running late.  I hate being rushed anyway, but to run late to a straight pool match is even worse, in my book.  I need to be calm, cool, and collected, not rushed, adrenaline racing, agitated for being late, and driving too fast which causes angst.

To top things off further, I'm a mile from my house and look down at my black pants and boy did I need to use a lint brush - I had major cat hair on my pants.  Of course, I don't have time to turn around and I don't carry a lint brush in my car.  :(

I am SO stressed!

So, now I look like a rushed, dirty, no-jewelry-wearing buffoon! 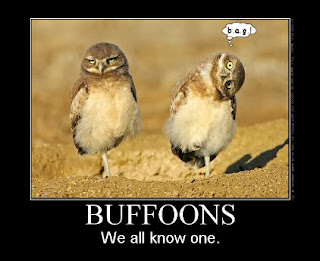 On the fast drive, I vaguely remember my rings *might* be at the bottom of my purse and I dig in the pockets and was SO relieved they were there!  Woo-hoo!

I show up to the pool room, grab my cue, my purse, my phone, my sweater and ramble in the door.

Still discombobulated, I go to the bathroom and as expected, water does not work like a lint brush.  :(  I had to try, right?  I resign to the fact I am going to have to accept looking foolish, if anyone even notices.

My opponent immediately tells me two things:  (1) I am not wearing sweats and look nice, and (2) that he beat Danny because Danny was playing poorly.

He then asks me what I did all day, because he knew I had the day off (otherwise, how could I play pool in the afternoon), but instead of sharing and sharking him with  "I just watched a GREAT straight pool match all afternoon!" instead I simply replied, "eh, nothing really."

We started the match. I lose the lag and had to break.  Oh well.

Guess I got over all my stresses and worries.  Honestly, now that I reflect, I didn't think about any worries once the match got started.  Cool!

Afterwards, I confided that I watched the Sigel match earlier in the afternoon.  He shared some of his favorite DVD matches, then joked he was going to tell the league director I wasn't wearing sweats.

Danny happened to be there playing a match also, so we were able to set a time for our own match for next Monday evening.

I wonder how my next matches will go?

Until Next Time.
Posted by Melinda at 9:01 AM

"So, now I look like a rushed, dirty, no-jewelry-wearing buffoon!

LOL - this could be mistaken for sweats and curlers to some people! Good job on the win and staying "in the moment". The mind is a mysterious thing....

I've had some of my best tournaments following mornings where despite my efforts to prepare the way I like to, everything went wrong. Kind of makes me wonder if I'm too attached to my pre-match routine, and all the chaos forced to me to let go of being perfect and just let things happen. Not saying that's your situation because it sounded like you had some really solid prep in the days before. Anyway its a great feeling to know that you can play your best even when things go a little crazy.

Congrats on a good win!