During my Reno tournament, I was playing in my second match of the trip against a very nice lady. I am sorry I don't remember her name, but she was super sweet. She played okay, came with some great shots, but also at times would make crazy mistakes that I didn't quite understand.

Anyway, at one point during the match, I scratched on a ball and she got out with her little three balls left (we were playing 9 ball). As I sat there in my chair, day dreaming across the room, thinking about the pizza I wanted to eat so badly, she picks up one of her coins and before she walks to the table to put the said coin into the slot, she looks at me with a big smile on her face and says, "Smile." 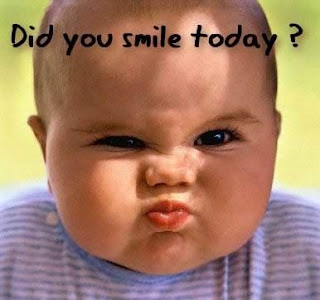 WTF? Why is this cute woman telling me to smile? Seriously. I just gave you ball in hand. The score is now tied. I'm hungry and want this to be over. I should be beating your a$$ handedly. We are playing in a competitive match. And you're telling me to smile!?

OMG, I wanted to throw up my empty stomach.

I replied to her, "I don't have a natural smile." (which I have said a million times in my life - that's for a future blog article). She looks at me and realizes I'm either perturbed and she shouldn't have said anything, Or, she still thinks I should lighten up, Or, she just doesn't get me at all as I still wouldn't smile at her.

People have told me I look serious when I play. Well, duh, aren't we suppose to be serious? I guess I could have been laughing and carrying on with her, but it's not my style with someone I don't know nor if I'm not in the mood nor if I'm trying to focus and concentrate on the match at hand.

I mean, really.... I'm in a match! As some of my friends would say, "we aren't friends right now - we are competing." Although I don't have that same exact attitude during a match, why do I need to smile at you? And why on God's green earth would you say that to me in the middle of a match? I guess she was worried about me or something. I dunno.
Posted by Melinda at 10:33 AM

Email ThisBlogThis!Share to TwitterShare to FacebookShare to Pinterest
Labels: Different and/or Interesting, Personally Me, Reno

Some people would say she was just a very nice lady who wants to keep the game friendly. Other people would say she tried to shark you. I guess it all depends on what you think she was doing. If a game is money/tournament serious, I'll hold my comments until afterwards to compliment my opponent on their nice shots etc. If it's friendly-serious, then I'll compliment them immediately.

Don't forget to smile! Kidding. If I had the nerves I would have given her the middle finger and a devilish look. I agree with your mentality of "we aren't friends right now - we are competing." She may or may not have been sharking and trying to get on your nerves. Whatever it was, did you win?

I agree Johnny, she was prolly just being nice, but it wasn't intended as a compliment. Unfortunately for her, she didn't know I've heard that my whole life, lol. But I still say don't tell me or anyone else that in the middle of a match.

Well Quilt+Bitch, I did not win! :( But, it was because I wasn't focused, NOT because of her comment. That was way early in the match and it was a race to 7 that went hill-hill.

Thank you for the comments!