As I mentioned in my previous post, one of my matches was streamed "live over the internet" (can't you just imagine an announcer saying that so emphatically? LOL) during the OB Cues Ladies Tour Season Finale. I played against Lisa Henderson-Major and here is the recorded video of our match:

During the match, I kept my cool. I didn't get upset or worry when I was down. I kept it together mentally. I do recall getting frustrated with how well she was getting out (lol). I never gave up at any point but reviewing the recoding, it's obvious some failed safes by me and some balls I hit too hard cost me the match. More importantly, though, Lisa outplayed me. I felt I didn't have many chances and even told her on Sunday she only missed one ball, but after reviewing the match, it seems I did not recall the match so correctly after all, lol. I had a chance in every game; but she got out when it counted.

I did notice, however, that I stayed down well!! Woo-hoo! I tend to assume sometimes that's why I may not be making balls or acing my safes, but watching the recording it's obvious I was staying down well.

Although the score was lopsided - 1-7, I still felt like I played okay - I don't think I played all that badly. hehe. I admit I didn't have many opportunities late in each game. And when I was at the table, it looks like I didn't take my time. I now feel that I rushed my decisions and also shot too fast. Hmm...

Mentally, I felt fine going into the match. I knew I wanted to win badly, and maybe I was trying to hard, but a few failed safes really cost me. I never worried about being on the stream (I'm an old hat now, lol) and I never gave up (which I am thankful for).

Oh, and here I am commentating on a match on Sunday. I love commentating and interacting with the audience. Thanks to Shayla for setting this all up for the Tour and for Ray akaBigTruck for giving me the opportunity this past year to commentate on his stream. 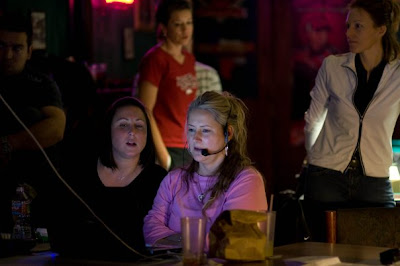 and here is me and Ash commentating: 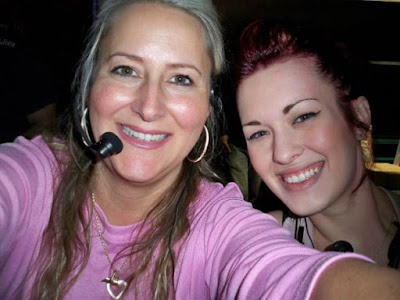 You know what's cool about this video? While I was watching it I heard them call my name.. LOL