I was at the BCAPL Texas 9-Ball State tourney at the beginning of November, playing on the great diamond bar box tables put up by Bad Boy Billiards Productions.

There were many great streams going on that same weekend but I was at a tournament myself so I couldn't watch. So I thought!! Lucky for us, Royce Bunnell of OB Cues had his laptop. Luckier even more for us, the place had free wi-fi. :)

So, in between matches, a group of us would crowd around to watch live streaming from some of the other events across the country. We had TWO streams being shown at the same time and we watched the BigTruck Show from Caspers in Southeast Texas and also the TAR Match from Florida between Donnie Mills and Shane Van Boeing.

It was so exciting to watch two tournaments live at the SAME time, FROM a tournament! Ahhhh... it was pure billiards bliss. :)

Here is a photo of the Royce's screen, showing the two streams. You can see the Diamond tables in the background, behind the laptop, lol. 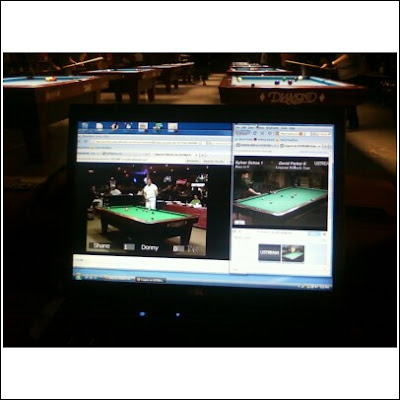 And here is Tommy and I, as we were watching the two streams. You can see we are sharing ear buds, too, lol, so we could listen. The stage for the tournament directors is to the left behind us: 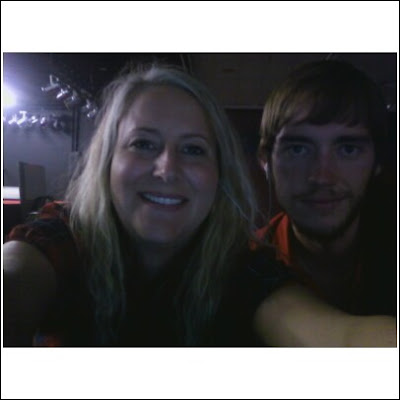