This past weekend was a nice treat for those who love to watch women's pool. RackemTV, a live streaming company out of the Dallas area, streamed throughout the Jerry Olivier's Ladies Tour stop at JR Pockets in Denton, Texas.

I played at JR Pockets several years via the Omega Tour, so it was nice to see a familiar place in the background. And one of my favorite commentators was helping call plays (Billy Guy who I wrote about before), so that was an added bonus as well. When RackemTV was streaming the DFW 9Ball Tour last month from JR Pockets, Billy was not the commentator and boy was he missed!

I can't begin to put into words how happy my heart was to see some of my friends who have been playing well for years, who now play not just better, but with confidence, poise, and improved knowledge. They not only played well, they shot damn good - their games have really matured! They didn't take shots for granted, they stayed in each match whether up or down, and their mechanics were spot-on. It was such a joy to see shot after shot these few friends who I have always loved and admired their game and talent, but to see them play even more successful because of their solid mechanics, gained experience, and comfortable confidence.

I can't really put down in words what I mean.  I guess I am trying to say after years of watching them play and improve, it was nice to see their games elevated to such a level of maturity that no longer showed weak fundamentals, bad shots, or poor choices, if that makes sense. Every shot mattered, every pre-shot-routine was important and solid, and every decision was smart and confident. It was such a joy to witness!!

Awww, growing up is so much fun seeing in others! 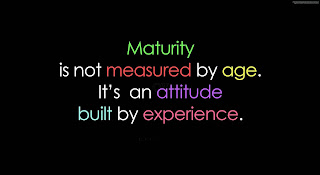