Choice of Words on Streams

For someone who stated I don't listen to streams sure has been posting a lot about what they hear on streams lol.

But, I have discovered recently certain tournaments have really good commentators, so want to definitely talk about them!

I listened to the stream of the DFW 9-Ball Tour last month. This is the tour that took over the Omega Billiards Tour I used to run.

I was very impressed with the commentators! Several of the players seem to consistently commentate - a few I recognize the voices (like Jeff Georges who is a great commentator), but others I have no idea who they are lol because I'm away from pool halls now.

But, you all know I do my homework so I put on my Big Investigator Hat and went to work finding out who commentated certain matches so I could talk about them, errr, showcase them in my blog.

I found out one of the players I wanted to point out was Billy Guy - he was a really fantastic commentator!

One of the things I admired most (besides his vast knowledge of the game), was how he handled commentating matches of players who aren't seasoned.

While I listened to him and watched the stream, I recognized and was very impressed with his wording choices. You see, if a player did something unconventional or maybe kept making the same mistake, instead of calling the player out or saying something rude/hurtful, he was actually very kind with his choice of words.

I was so impressed, I think he should be a coach to players because he has a way of making a point without being judgmental.

Now come on people, don't make fun of me! I know you all know someone who has given you crappy and hurtful advice, no matter how well-intentioned, right?

Anyway, the one thing he did repeatedly was instead of saying what the player did wrong, he would instead say what they should have done with a preface like, "I'm a big fan of..."

Let me give an example instead of being vague, lol.

If a player was, I dunno, continually using top English on certain shots, when instead they would get better results using a stop shot, Billy would say something like, "Again, I'm a big fan of using a stop shot for that position. It allows me to control the cueball and also get great shape for the next ball. Top English on those shots can cause too much unnecessary movement with the cueball."

This might sound perfectly normal and you might be thinking, "Well, Melinda, isn't that how most people would say that?"  I would argue no. I can guarantee you I've heard instead from other commentators something like, "What are they doing? Why do they keep using top?"

[Watch out - here's where I talk about leadership in my blog]

You may think the second example is perfectly fine, but I would argue that it:

So, which one would you listen to and learn from if someone said this to you:

"What are you doing? Why do you keep using top?"

"You know what, I'm a big fan of using a stop shot for that position. It allows me to control the cueball and also get great shape for the next ball. Top English on that certain shot can cause unnecessary movement with the cueball."

Yep, we are all more receptive to the second example.

(BTW, Bill gave some great advice about safeties that I will write about soon!) 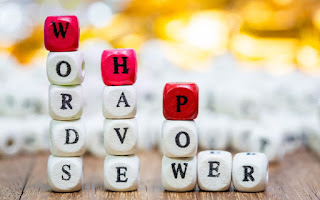 Great article, as usual! But did you listen to ME with Matt DeVance? :D I didn't cuss even once!