The Mathematics of Improving

It always find it interesting what people focus on and think of when trying to improve their game.

Someone told me last month, "I want to be your first Most Improved Player on the Omega Billiards Tour."

I smiled as I read that, knowing this player was working on hard on his game.

Then the other day a different Omega Tour Player was asking me about how the Fargo Ratings work, since we are using them for handicapping starting in 2017.

I received the answer from Mike Page:

If you played Monica Anderson, you'd be expected to win 6 to her 4.    It doesn't care that you are a 6 handicap and Monica is a 5 handicap.  If Monica won a match against you in a Omega event with a score of 5-5, she would go up a bit and you would go down a bit.  This is not because she won the handicapped match; it is because she would have been playing even with you for 10 games when due to her lower rating she is not expected to...


After I shared the answer with the player, and told him I hope it was helpful, his response took me aback!

He replied, "Yep, helps a lot.  Tells me what I need to focus on, i.e. wins against higher ranked players…not just wins in general.  The other stuff will ‘happen’ because of that focus.

He added later when I told him he had an interesting perspective, "You see, I need 26 points to move to the next level i.e. a 7.  (If I read everything right).

If I focus on ‘getting’ that 26, then the other items just come naturally, i.e. finishing better in the tournament(s), getting ‘better’ overall, etc.

I was very impressed with how much he thought about what he needed to do now in regards to improving on the Tour now that we are using the Fargo Ratings.

He's right, it's no longer just simply wins versus losses or how one finishes in the tournaments. But he was clever to ask just how the process of the Fargo Ratings work so he could focus on the numerics of it all. 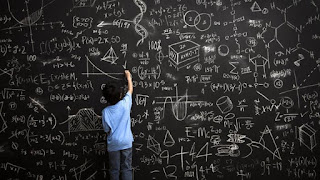