I played in the OB Cues Ladies Season Finale just this last weekend at Rusty's Billiards in Arlington, Texas.

I didn't know how I would do.  How could I do well since I have not been playing pool hardly any at all this year?  I had no expectations at all (and that prolly helped).  While my internal "wish" (goal? hope?) was to last until Sunday, I would be pleasantly surprised.

I posted this on facebook the morning of the tourney, so if I didn't do well, peeps would know why lol:  True statement btw: 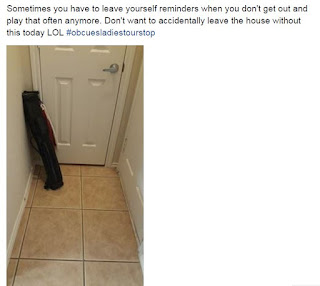 I suggested to a friend that in order to gain more experience she should play in this in-town ladies tournament, too.  It would be her first time playing and so we went together.  You know what that means, right?  Yep, we had to play each other. 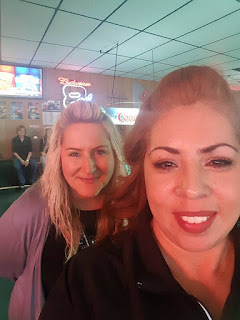 After I won my first match on the one-loss side I had to play my friend, Tina.  It was a great match and we went hill-hill!  I won and although I was very happy how she played, I wish she would have got to play more matches.  While I'm not suppose to feel sad I won, I did indeed feel bad.

I had for some reason slept well ALL week and I know that sleep is KEY for me to do well.  I never got too tired and of course I also drank water like it was going out of style lol.  I kept hydrated all day long both days and I loved the feeling of not being tired, hungover, or mentally drained.

The other thing I noticed about both days was I felt no pressure at all.  That is a very great non-feeling to have, honestly.  No worries or concerns, just playing pool.  I've stated 1,000 times (maybe I'm exaggerating) that not thinking ahead or worrying about things you can't control is the epitome of being able to play well and focus completely on the game.  This past weekend was a clear example of that.

I didn't have to compare my last finish or wonder who my next opponent would be or wonder how I would explain my bad finish to others, etc.  The sense of no pressure was amazing.  Every win was just a bonus and every round I moved closer to the finish line was peer joy and surprise.  If I lost, I lost.  If I won, I won.  No pressure.  I hadn't played a two day tourney that I lasted into Sunday since April, so I was very raw with my expectations.

Next up was another long and nail-biter hill-hill match.  This time I had to cut a long tough 8-ball and then bank the 9 ball which I was lucky enough to make both.  Guaranteed 3rd now.  I then played a tired opponent and won 7-4 I think.  Now I'm in the finals!    NO WAY!   I met up against the Tour Champion again and she played really well and won 7-3.  But I placed 2nd! 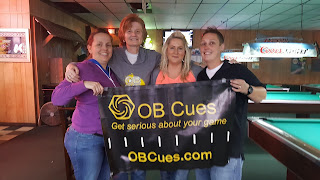 I still can't believe how well I did.  The very few times I played this year I saw roughness in my game and so I wasn't sure how I would do this event.  But I was pleasantly surprised how well I saw the runs and patterns and how well I made balls.  Don't get me wrong - I made plenty of mistakes.  Just also made a lot of outs that were needed at the right time.  And I am positive that recording this video review helped - because I saw angles a lot more this weekend than usual.

Oh!  And since I played in this tournament for two days I have a ton of things that came up with I will write about here in my blog.  Can't wait to share! 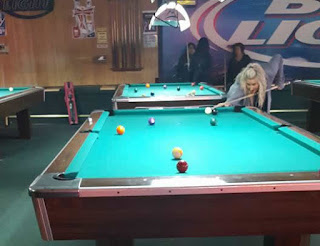