While on my vacation, I stopped by this pool room one night and saw some guys playing one pocket.

I sat down, ordered me a small pizza (man was it DEE-LISH!), and watched these two guys go at it.

One was obviously MUCH better than the other but they didn't even contemplate adjusting for some reason.

On the third game, one of the players scratched but had no balls yet to place on the spot.  The other player grabbed from the small counter close by a sugar pack, and placed it on the rail near his opponents' pocket.

Look at that idea!

I admit I have been deliberately "tricked" by certain players putting pennies on the brown part of the rail so I wouldn't remember I owed a ball.  So, using a sugar pack, you can't forget at all!  It's white, a little fat, and much larger than a penny.

I loved this idea. 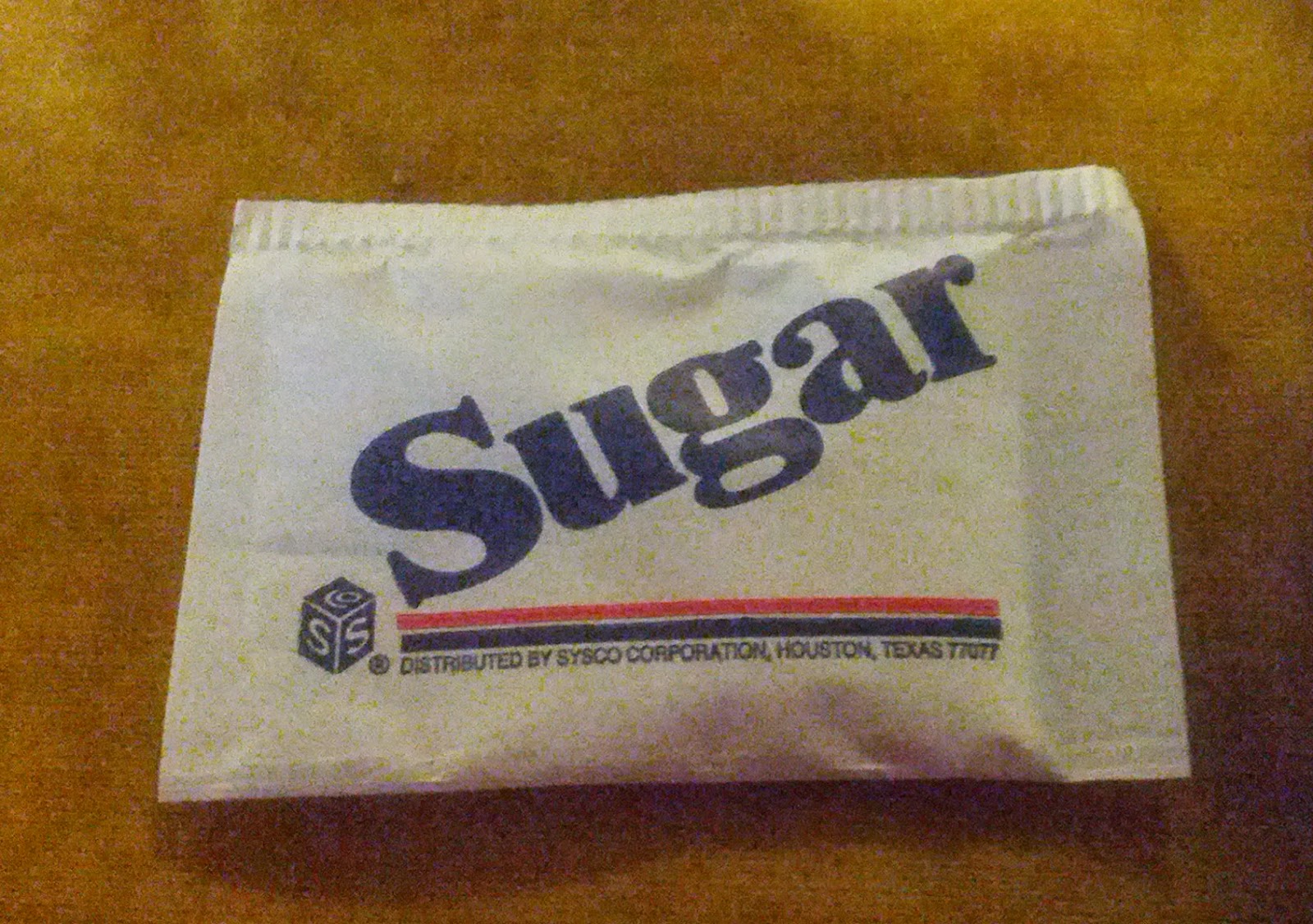 Email ThisBlogThis!Share to TwitterShare to FacebookShare to Pinterest
Labels: Different and/or Interesting, One Pocket