I played in the OB Cues Ladies Tour stop at Jamaica Joe's in Oklahoma City, Oklahoma this past weekend.

My road partner and I, Jenny Pav, went to Jamaica Joe's last year together.  And, we made the trek together up there again.  And ironically, we finished the exact same as last year!  I placed 9th, and she placed 7th again.

I didn't play too well and was disappointed, but that's okay, I'm not going to play well in every tourney I enter.  I do love me some diamond bar tables though - WOW!

My first match, I run out to the 8 and scratch.  I also missed a tough 9-ball later and a tough combo on the 9.  That's three games right there and a brutal scratch on the 7 ball cost me the match and I lost 5-7.  :(

I then won my next two matches but they were newbies and timid.  And my third opponent was very drunk.  She even left her cues at the pool room (but took her cue case!).  Unfortunately for her she lives about 6 hours away from Oklahoma City.

I then played a determined, Lisa Marr.  I just wasn't playing well enough to beat her, and she ended up placing second, so that shows how well she was playing all weekend.  It was really good to see her though - she's always a treasure to be around.

The highlight of my trip was when my friend Bobbi came to visit me for about an hour or two.  I've written about her before.

Here we are posing: 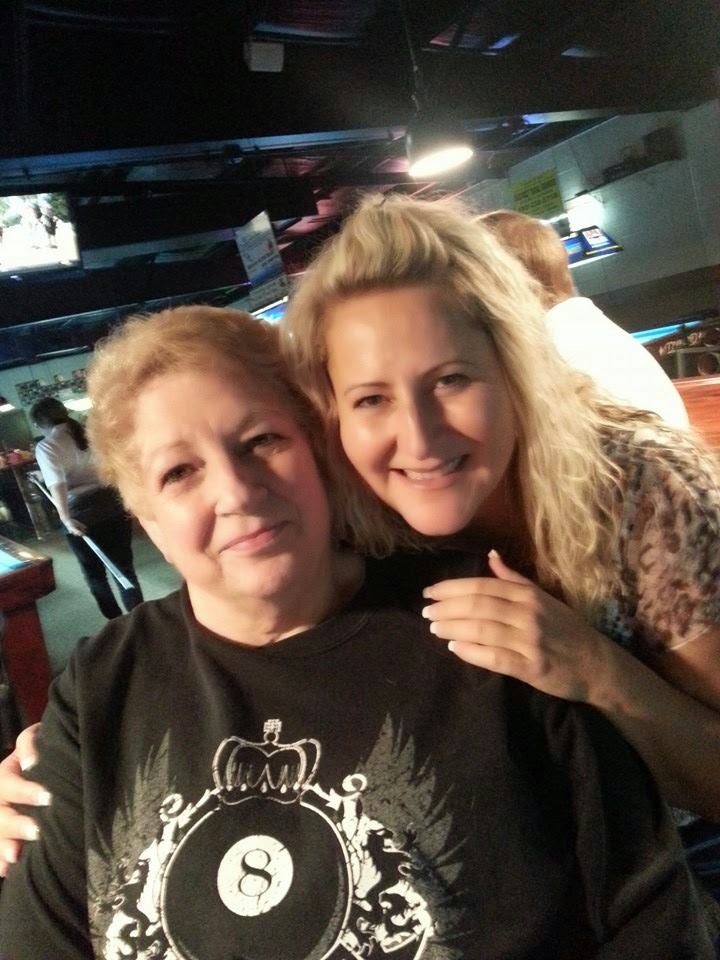 As I reflect back, maybe I just thought I would magically play well.  I prolly should not have gone to this tourney.  I had a great event just the previous weekend, but still having this dreaded sore throat and a cold makes for a not very comfy feeling when trying to compete.  I also had some pains in my right forearm.  Hoping that goes away and doesn't affect my pool playing career in the future.