The rule for BCAPL Scotch Doubles is you cannot coach when it's your teams' turn at the table and you cannot take a time-out to ask questions.  However, if your opponents are shooting, then you can talk on the sidelines (about anything).

My personal opinion is BCAPL instituted this no-time-out rule because the Scotch Doubles tourneys in Vegas were taking too long.  If there is another reason, I don't know it.  But allowing a 20-second time out for every game did add to an already long day.

At the last scotch doubles tourney I played in, after a team lost, they complained that their opponents were coaching, but without words.

You know - one player (usually the male) looks ahead and lines up where he would like the next shot to be shot.  Now, if he was playing by himself, people would applaud him for 3-ball shape and thinking ahead.  But when players do it during scotch doubles, it can seem like the player is pretty much non-verbally showing their partner which ball to shoot next.

The funny thing to me is, when guys do this and their female partner shoots a different ball because they aren't paying attention, lol.  Or, they don't know that the guy is pretty much telling them which shot to shoot next.

My boyfriend and I do plan our next shots, but it's not to show each other which ball to shoot next, we are simply trying to figure out where we want the cueball for the best possible position.

But, as people plan where they want the cueball to be on the table, it does indeed look like they are trying to coach without words.

I honestly don't know how to stop this non-verbal coaching.  And I think it would be detrimental to running racks if we couldn't plan the next shot.

It's a tricky little thing.

However, it's when people start complaining that makes me wonder about it most.  On the other hand, I think the people that are most concerned are only complaining because they lost to a beginner.  They know full well that inexperienced players would not shoot certain shots if their partner wasn't giving them non-verbal clues.

In other words, you wont hear people complain about top players doing this.  And to be fair, if the better team had won, they wouldn't have complained at all.  ;)

But in reality, the BCA Rules are:  "No timeouts or coaching allowed.  Any assistance (verbal or non-verbal) by a team during their turn at the table is a foul." 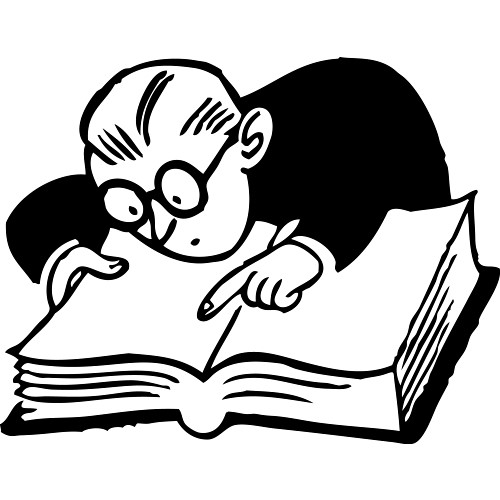 Interesting observation. I agree that in most cases no one would say anything. I think players should do what they always do when they play. If that includes getting down, eye-balling a line between an invisible cue ball and an object ball of their 2nd or 3rd shot, they should continue to do it. I get it where detractors might say the shooter is "coaching," indicating for the teammate what the next shot should be, but it's such common practice in singles -- why not let it continue in Scotch doubles?

I always do this (when playing scotch or alone) and prefer that my hubby does this as well so I know what he is thinking. It's like you say, its a normal part of the game and anyone that would complain is just a whiner, imho. In reality though, just because you are lining up for your next shot, doesn't mean the person will A. take that shot, B. you will get shape on that shot. So as much as you line up and think 3 balls ahead sometimes it doesn't work out and you have to change your plans.

At the last SD tournament we were beaten in the last game by blatant coaching...

The male player walked away from his own poor shot and said clearly to the female, "The combo is dead in the side"...

She may come up with that on her own, but he took the uncertainty of the choice away from her...

We complained, but not too loudly because 1) They played better than we did in the match and 2)I don't think he did it maliciously...

I honestly think he said it as a natural reaction without realizing that it is coaching...

And, pulling back the curtain, I am definitely guilty of lining up my next shot to let my partner know what I want them to do... LOL

Thank you all for the comments! I agree with you Babylon and Riley. @Jeff - I was going to write about that deliberate coaching because I heard about that, and was SHOCKED! So sad when those things happen, but to look at as a "natural reaction" is an interesting perspective.

It's complaints like these that make rules excessively long and complicated.

one player (usually the male) looks ahead and lines up where he would like the next shot to be shot. ... when players do it during scotch doubles, it can seem like the player is pretty much non-verbally showing their partner which ball to shoot next.

The logical extension of this argument is that simply getting shape for any ball is non-verbal coaching. "You wanted your partner to shoot the 8-ball in the corner pocket so you left him perfectly in line for a simple stop shot! That's non-verbally coaching him what to shoot! Foul!!!!!"

HAH - GREAT point, Matthew! You are right about getting shape on the 8ball without even lining up before hand!! Love it. :)