A couple of Friday night's ago I went to a casino in Shreveport with some girlfriends. When they went to bed, I ventured to the poker room where I feel most comfortable in a casino nowadays. I must admit that's a great feeling - comfortableness.

While this casino is 5 hours away from the regular casino I venture to, it meant I didn't know any of the dealers or players, but that was okay. I still felt comfortable playing poker.

As time goes on toward midnight, the now-drunk kids who have only played poker online show up to try their hands at "live" poker. The-behind-the-computer-screen-players tried their best and got more and more comfortable as the night went on, but they still weren't aware of all the poker etiquette that is common when playing in person, and the dealers and seasoned players would help them out when they would fold or bet out of turn, not know when to put their blinds up, etc.

My chip stack was higher than when I started but admittedly I wanted a piece of the drunk and newbie action, so instead of being patient, I started to get in more hands I shouldn't of. Boo-Hiss.

Then I get in what would be my final hand and I am chasing cards and I bluff on the river and go all in. Three others fold, and the new guy to the left was about to fold but his friend whispers to him, "she's bluffing, call her."

I am LIVID! I start telling them they can't do that, it's not right, as I point my finger towards them as I get up from my chair and raising my voice. The dealer tells them "one player per hand," but I still go off on them some more. They are drunk and deny anything was said and I take my bruised ego (cause I got caught), ticked off brain (cause I'm mad), and now-depleted money stack and I leave.

I tell the supervisor as I walk by him, "you may wanna watch those guys" with a very obvious pissed-off tone in my voice.

And as I'm cashing out they want more explanation, and I provide the details.

There is a huge difference. And I will never forget this night of bad ethics from those guys.

I heard the next day the dealer got onto the two guys. The dealer also shared that a couple of hours later, they confessed they had been talking to each other about the pots while in the hands.  Ugh! 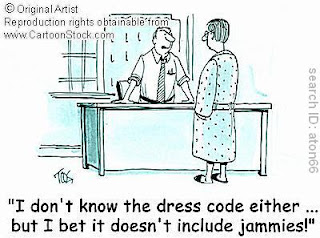 Email ThisBlogThis!Share to TwitterShare to FacebookShare to Pinterest
Labels: Different and/or Interesting, Thoughts/Opinions

hmmm... great post as usual. But I feel I must question the point "Taking too many bath breaks during your pool match is about etiquette." This point sorta hits home.

A certain pool player that we know gets accused of sharking his opponents with this frequently. Grant it, he drinks a lot of beer. However, he has had a large portion of his bladder removed. Even if he's playing a match without drinking, he must take bathroom breaks quite often.

Now, he's not going to tell his opponent, “hey, I have a tiny bladder”, even though I have been very vocal throughout his ordeal, he is quiet about it. He'd rather people think he's sharking than telling a stranger what he's been through.

So here's my question... What, if any, accommodations would you give to someone with a medical reason for taking more bathroom breaks than you would normally accept?

I am surprised he is accused of sharking, when most people around our area is aware of his tiny bladder. :) But, usually medical reasons are granted exceptions by tourney directors. In my comment, I was referring to a certain player who does this intentionally to help him win.