You may think this isn't an issue - who cares, Melinda? Well, the problem is the reaction from players who need to make money from playing pool and/or how they treat others.

Let's face it, many of us who love this game get agitated sometimes and mouth off when we lose. But it's the players who needed that money who have more sting to their words. Or, players make certain decisions to play or not because of the need for money.

I have seen, heard, or experienced unfortunate situations because of these differences.

Of course the top one or two teams make some money from the payout of the tournament, but there's no Calcutta money (which is normally where most of the cash-ola comes from). So, my friend lost a valuable partner because he didn't want to waste time on "just having fun." In his eyes, if there is a Calcutta, though, he would jump all-in to play!

Another example of the difference in the philosophy about playing pool for fun or money is during times players want to split the finals. Usually this is requested by the team/player from the one-loss side when the tournament is running late.  Or, because they want more money out of the situation.

I experienced this directly at a scotch doubles tournament in Dallas about 6 years ago.  It was getting really late in the night, spilling over into the morning hours, and the couple that would have to play us in the finals would have to double dip us.  The guy of the team wanted to split first and second. The guy even tried to strong-arm me to "just split." But, I was there to try to win that tournament with my boyfriend - I hadn't come close to winning that event before so it was exciting to be in the finals!

Sure, the team didn't want to stay any later, but the guy knew they were probably going to lose. Therefore, to get more money out of the situation, he just wanted to split. But the title meant more to me than that and so I told him no; he wasn't very happy with me.

This came up a few times for me and people would get upset when I never split. But from my point of view, I hadn't won many tournaments yet and I wanted to play and try to win first place, not just split.  One Friday night a guy called me a bitch because I didn't want to split the finals with his girlfriend.

Another scenario is when a player needs money, and is dependent on their finish to make money, which of course comes with a lot of pressure. I was talked about behind my back once by a scotch doubles partner because I didn't play well. Turns out (I didn't know this at the time) that he was depending on a good finish from us to make money so he could afford the room he was paying for in Vegas. Well, then he should have got a better partner because at that time (about 20 years ago), I couldn't shoot straight with a protractor.  This guy actually told people I "stepped on my dick."  I was so upset he was talking about me like that!  Well, after I found out what that meant, haha, as I had no idea, lol.  (turns out that meant I played badly)

When I ran the Omega Tour, I never got chewed out by the players who had other jobs for income. But players who relied on their finish to pay their bills chewed me out the most (you know, because when a player loses it's always the Tournament Director's fault because of the handicap system *I* personally put in place, haha).

Which player are you?  Has fun and elated when you cash?  Or relies on a decent finish to pay bills? (hopefully if you rely on pool tournaments for income you are still sweet to the people around you :) 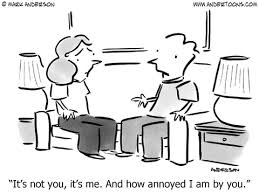 Pool should be fun, not work. Gambling takes all the fun out of it if you're depending on it to make a living.