The other day I read a comment from someone on social media that suggested when you win a tournament, "Don't forget to tip your Tournament Director," or something like that.

Well, if there's anything I've read on Facebook that I didn't agree with, this is something I definitely don't agree with.

I whole heartedly admit that even if someone is getting paid to run a tournament or makes money from running tournaments, it's NOT a lot at all.

But, my personal belief is: it's already tough enough to make money at pool, so I say: "Congrat's on the win! (and keep that money in your pocket!)"

As a Tournament Director, I would rather receive instead is a sincere thank you in person or maybe a post on Facebook after the event expressing how much you appreciated how well the tournament was run.

I mean, sure, anytime $20 or $50 bucks thrown my way is a nice gesture, but I would rather the pool player keep that money.

I know, I know, some players are just super thoughtful or it's in their dna to want to give a little tip to the Tournament Director. I'm not saying to go against your personal beliefs, folks. 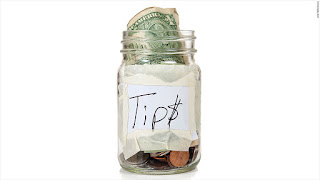