Changing Your Break In the Middle of a Tourney

I was watching a stream over the weekend and actually had the sound on for once, and could hear the commentators.  I normally don't do that - I would rather just focus on the game and see how the players are doing and what their shot selections are, etc, instead of listening to opinions.

Don't get me wrong - certain commentators I will turn UP the volume (Jeremy Jones is one of the best commentators around and I learn a lot from him.  The other person I used to love to hear was Billy Incardona).

However, I don't normally want to listen to commentators.  As a matter of fact, I have a copy of the finals when my partner and I won the scotch doubles event at Texas BCAPL in 2014. I have yet to watch it with the sound on, lol.

I don't like listening to commentators of streams because I just don't always agree with their opinions and that distracts me, lol. If they are great at giving tips and I learn from them (like Jeremy or Billy), I love listening. I want to know why certain shots were good or talk about alternative options that might have been best. But when it comes to two people just talking in general about their opinions, it doesn't help me, and instead usually only annoys me, hahaha.


Case in point! The match I watched proved exactly why I don't like to listen to commentators. Someone just shoot me next time I turn on the volume!

First of all, they highly favored one player over the other and didn't give the opponent her due justice. I would rather hear two guys talk highly about both players, not cheer for one over the other and not recognize good shots when they see it from the player they weren't rooting on.

But here was my biggest heartburn:

(as I type this out, I'm wondering if I should listen more, though, as it does give me topics to bitch/write about, lol.)

They kept talking about the break of the player they didn't root on. Basically, some of the players had great success breaking from the side rail. When you do that, you can usually pocket a ball on the break pretty consistently and also plant the cueball in the middle of the table. The commentators kept saying that for as far into the tournament as she was, they were surprised she wasn't breaking from the side rail yet. Her opponent would break from the side rail and pocket a ball and they would exclaim, "SEE!" lol. Further, they stated "that's the break for 9-ball."

While that may be true to some, I think it's ridiculous to suggest and/or expect someone to change their break in the middle of a tournament! When I worked on my break for bar-table 9-ball, I spent hours and HOURS trying to get it right - you need the right speed, feel, where to hit the rack, etc.  It's not as easy as just walking up to a table and simply starting to shoot from the rail and the magic happens. Noooooo. Especially for those of us who do not shoot from the rail at all, it's actually uncomfy and we don't have a feel for it right away. We have been breaking between the top two left (or right) diamonds with our hand on the bed of the table for 20+ years and now you suggest in the middle of a tournament someone needs to adjust their break? Come on people!

How about instead: "You know what, I hope this player recognizes from those around her at this tournament that the 'from the rail' break is more effective and she should practice it when she gets home and add it to her arsenal." NOT suggest she adjust her break in the middle (or end) of a tournament.

I wouldn't be so ornery about this if I didn't try to do this a few times and discovered for myself just how ineffective and what a horrible idea it was, lol.

When I tried to adjust my break in the middle of a tournament a few times, boy did it throw me off! I had no cue-ball control and the break I usually used was far more effective because I was already comfortable and used it for like 10+ years. One needs lots of practice to change where they break from if they've never broke from that spot before, so imho I think it's ill of them to pontificate their opinions about this.

Then again, I'm pontificating my opinions right here, so who am I to judge. ;) 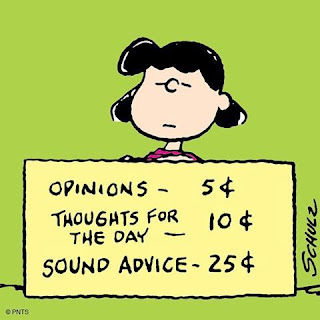