Danielson had his best year of the last three years on the Omega Billiards Tour.  I joke it's because of me - you know because I was giving him mental advice starting in the Spring.  But, alas, I suppose I should give some credit because he was the one who was actually shooting in the matches and competing in the games.  haha

Let's go over his stats real quick, and you will be very excited for him!

In 2015 he played in 6 stops of the Tour and cashed only one time.  That means 5 of the events he never lasted until Sunday.  He ended the year ranked in the 60s.

Last year (2016) he played in 8 stops of the Tour and did not one time cash or last until Sunday.  Not one!  Poor guy.  Because he played 2 additional stops, he did finish the year ranked in the 40s.

This year was spectacular!  Presenting 2017 stats:  He played in 12 stops and cashed/lasted until Sunday 6 out of 12 events!  This is a HUGE transformation and improvement!  He went from no money to cash money, baby!  And he finished the year ranked in the mid 20s in the end-of-year standings!

We started to talk about the mental game in March/April and in the April Omega Tour stop he cashed for the first time in two years.  And then went on a great run.

What did we talk about?  Just about many aspects of mental toughness, really.  Why some feelings of pressure interfered with performing his best, how he can overcome mental obstacles, etc.  All the topics are HERE.  You are welcome to read them for yourself.  There are gems in there!

I am glad he had the idea to share his progress and learning experiences with you all.  I think it shows how valuable it is to talk about the mental game, the what and whys of why things happen, and the feelings/pressure that can affect us (or not).

Danielson's stats not only rose, but I noticed his thoughts and words did, to.  In the beginning he was more worried about how he should finish and what people thought about him.   At the end of the year he said inspirational things that impressed me, and proved how far he had come in his maturity of the game and his mental toughness.  Like this he said after his final tourney in 2017:  ”3 things you should never take with you to a tournament:  fear... compassion and expectations.  All of these will get you beat before the lag."

After hearing that, i suggested he start blogging himself!  He said, no... he's leaving that to me, lol.

Danielson wanted me to share this with you all:

"I want the readers to know that all these things didn't get me back on track... it got me ON track.  From countless 0-2s to winning my first 5 matches and making it into the money consistently.  This wasn't a stepping stone... this is a major milestone."


Danielson finished in the top 20-25% of almost every tournament he played in this year, not just on the Omega Tour.  That's a heck of a feat!  And proves how much he has improved.  Also proves just how effective mental toughness is to our sport.

And don't worry - the series will continue into 2018 for all you fans! 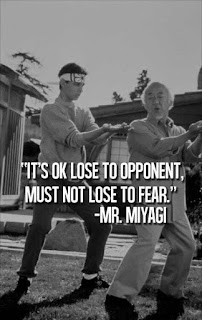